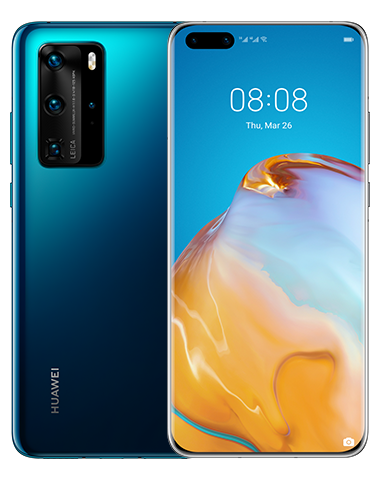 MADRID - April 19, 2018: HUAWEI Consumer Business Group today announced that the TIPA General Assembly recognised the HUAWEI P20 Pro as one of the Best Products of 2018, awarding the device the title of “Best Photo Smartphone.” This prestigious award reflects the dedication and efforts of HUAWEI’s engineers and designers in developing industry-leading devices for consumers globally, prioritising quality, design and performance.

Li Changzhu, Vice President of Handset Business for HUAWEI Consumer Business Group, said, “The HUAWEI P Series has always been known for its extraordinary cameras. Sporting the world’s first triple-camera system we co-engineered with Leica, the HUAWEI P20 series continues this lineage of excellence and enables anyone from amateur photographers to professionals to take incredible photos. We would like to thank TIPA for recognising our newest flagship product and bestowing upon it the coveted title. Please stay tuned for more HUAWEI innovation in the years ahead.”

The HUAWEI P20 Pro was selected by representatives from 29 photo and imaging publications from around the world, involving a rigorous course of nominations, testing and comparisons. Sporting the world’s first Leica triple lens and the highest pixel count available in a smartphone with f/1.8, f/1.6 and f/2.4 wide aperture, the HUAWEI P20 Pro features a 40 MP RGB sensor, a 20 MP monochrome sensor and an 8 MP sensor with an optically stabilised 3X telephoto lens. These combined with the master AI system’s over 500 scene recognition algorithms in 19 categories allow consumers to capture professional quality images effortlessly.

“TIPA for the second year in a row has awarded a HUAWEI smartphone for its excellence in smart photography,” said Thomas Gerwers, chairman of TIPA. “The new HUAWEI P20 Pro, developed in cooperation with Leica, is an amazing milestone in the development of smartphone devices for high-quality photographic imaging.”

The HUAWEI P20 Series’ camera capabilities set a new benchmark in smartphone photography, as recently demonstrated by DxOMark, the industry standard for camera and lens image quality measurements and ratings. In fact, the HUAWEI P20 Pro and HUAWEI P20 received the two highest total scores ever for smartphones and are also the first two smartphones to achieve a three-digit DxOMark score at 109 and 102, respectively. According to Lars Rehm of DxOMark, “We are used to every new smartphone camera generation being slightly better than the previous one, but looking at the images and test results from the HUAWEI P20 Pro, it seems HUAWEI has skipped one or two generations. The results are simply that good. The HUAWEI P20 Pro’s triple camera setup is the biggest innovation we have seen in mobile imaging for quite some time and is a real game changer.”

TIPA started in Paris in 1991 and is now the largest family of independent European photo and imaging magazines made up of the most expert editors.

The TIPA Awards are universally recognised as designating high quality cameras, lenses, accessories, and imaging products. Editors from 27 professional, amateur, and business magazines from Asia, Australia, Europe and North and South America voted for this year’s awards. The awards are judged on quality, performance and value criteria that are very important to the end-user.

Enthusiasts and professionals regard any TIPA award as a seal of quality and a responsible suggestion to support their choices in buying cameras, lenses and accessories. This a fantastic endorsement of the camera quality of the HUAWEI P20 Pro.