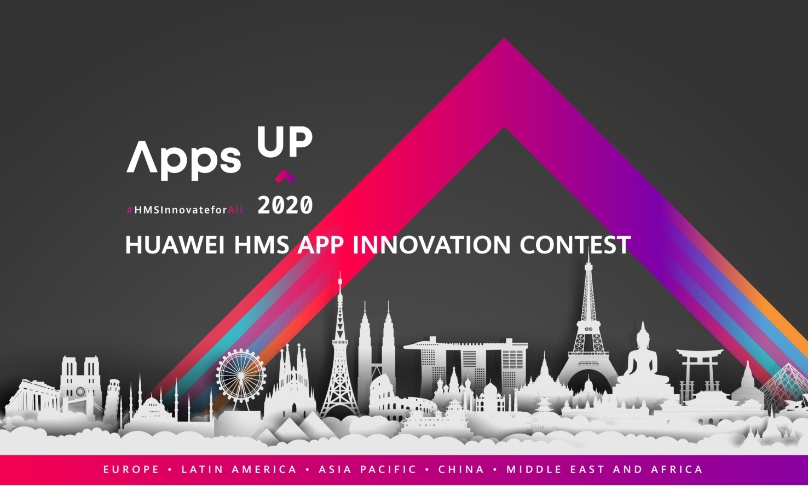 • More than 100 winners across five contest regions won the highest prizes with each of $15,000 in cash, angel investment and major promotional opportunities
• Thousands of exciting new apps released on AppGallery during competition process
• Full list of winners published on the Apps Up 2020 website

More than 3,000 developer teams from five regions across the world participated in Apps Up 2020, HUAWEI HMS App Innovation Contest. The final winners are announced today1. 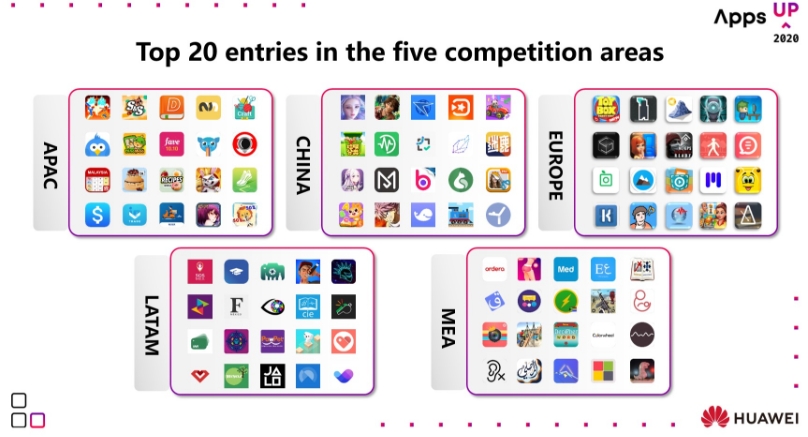 The HUAWEI HMS App Innovation Contest for HMS developers was launched in June in Europe, China, Asia Pacific, Latin America and the Middle East & Africa, attracting contestants from over 170 countries. The contest spanned more than 100 days, as contestants found innovative ways to use services of HMS Core.

After an extensive public voting phase combined with assessments by our panel of experts, more than 100 entries have been selected for the following categories:

Apps Up 2020 winners enjoy a share of a USD 1 million prize pot, plus potential angel investment and promotional opportunities. Winners will also enjoy promotion of their apps on HUAWEI AppGallery, as well as free access to HUAWEI Mobile Cloud resources and Huawei Developers events, courses and certifications. Apps Up winners also have the opportunity to exchange ideas with the competition judging panel.

All contestants already have their apps published on HUAWEI AppGallery, giving them access to a market of millions of HUAWEI device users worldwide.

Huawei welcomes submissions from a wide range of fields, including physical and mental health, education, science, agricultural development, environmental protection, transportation, and public safety. Huawei’s aim is to promote apps that create a new smart-living experience for everyone, worldwide.

Here are a few examples of the type of creative and inspiring inventions emerged in the Apps Up 2020 Contest:

• Europe: PlantSnap provides a platform for users to share their passion for plants, nature and the environment with like-minded people around the world. Powered by HUAWEI Account Kit and other HMS Core capabilities, it is able to identify plants in seconds
• China: Earthquake Map & Alert App provides real-time and historical earthquake data sourced from official meteorological websites,helping people around the globe.It integrates HUAWEI Push Kit.
• Asia Pacific: Spick & Span is an arcade game that encourages players to push for a cleaner world. It integrates In-App Purchases,Account Kit,Push Kit and HUAWEI Ads.
• Latin America: SOSMex is a panic button app that enables women in Mexico to alert their friends and family of their whereabouts, so they know when they are in danger. The app is built with HUAWEI Awareness Kit, among other HMS Core open capabilities.
• The Middle East and Africa: The Deaf Sign Language App (ASL) helps users learn sign language by simply saying a word or phrase so they can communicate easily with people that suffer from hearing impairment. It integrates HUAWEI Analytics Kit and HUAWEI Account Kit.

Zhang Ping'an, President of Huawei Consumer Cloud Service says: “We remain committed to providing developers with more capabilities, IDE and tools, aspiring to help them make their innovative ideas into reality and bring their creations to the world. Huawei welcomes all developers to join us in the HMS ecosystem and looks forward to joining hands with them to shape the future of technology.”

Huawei Developers, a platform as part of Huawei Mobile Services, provides a one-stop operation support to developers throughout the entire cycle of app and service development; helping developers to turn ideas into reality with the full suite of development capabilities available through HMS Core.

With more than 2 million developers worldwide already, the ambition of Huawei Developers is to connect with global developers to build an open and innovative ecosystem with shared success.

HMS Core is a collection of tools made for Huawei’s partners and app developers to create unique, new experiences that tap into the full hardware and software capabilities of Huawei devices have on offer. By integrating HMS Core 5.0, developers can quickly leverage Huawei’s on-device capabilities. HMS Core are currently supporting more than 2 million developers, and 55,000 apps worldwide.