Huawei makes the best smartphones you can’t buy in the U.S., and that doesn’t look like it’s changing with its latest flagship. HUAWEI’s P30 Pro, announced today (March 26) takes the gorgeous ombre design and DSLR-level camera lenses from past Huawei phones and dials them up to 100. 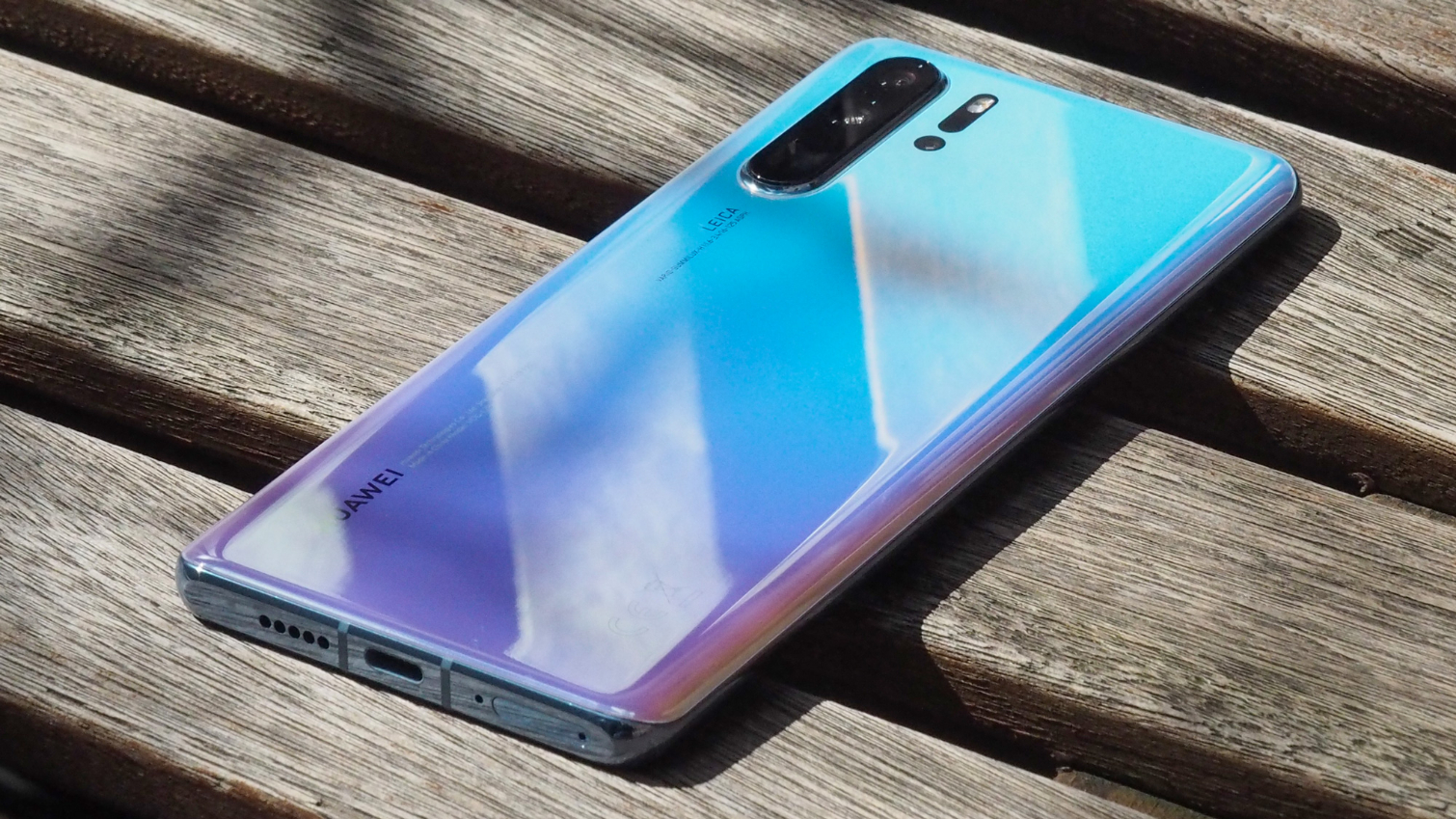 Here’s everything you need to know about the HUAWEI P30 Pro.

It’s unlikely that Huawei will sell the HUAWEI P30 or HUAWEI P30 Pro in the U.S., but you might be able to snag one on eBay down the line. We only have the price in Euros for the moment, but the HUAWEI P30 with 6 GB RAM and 128 GB storage costs around $902 when converted, whereas the 8 GB HUAWEI P30 Pro comes in three models with increasing storage - $1128 for 128 GB, $1241 for 256 GB and $410 for the top end 512 GB model. Once we have official prices for the US, or more likely for the UK market where Huawei is still sold, we'll update the page.

The HUAWEI P30 Pro’s innovation is in the phones four rear camera lenses that Huawei developed with Leica. A triple-lens array is stacked vertically, with a 40-megapixel super-spectrum lens, a 20-MP ultra-wide-angle lens and an 8-MP periscope zoom lens nestled on top of one another. A tiny time-of-flight lens sits to the right of the triple-lens stack.

The 40-MP lens has a new sensor that changes greens to yellows. As a result, that sensor lets in more light than past Huawei lenses because the spectrum of yellow light is bigger than the spectrum of green light. We tested this by shooting a tray of desserts in a dark room, and the resulting image made it appear as if an external light source was illuminating the cookies — sort of like Google’s Pixel 3 Night Sight mode, but with more natural results. The Pro also offers DSLR-level ISO, up to 409,600 — most other smartphone cameras default to 6,400 ISO. 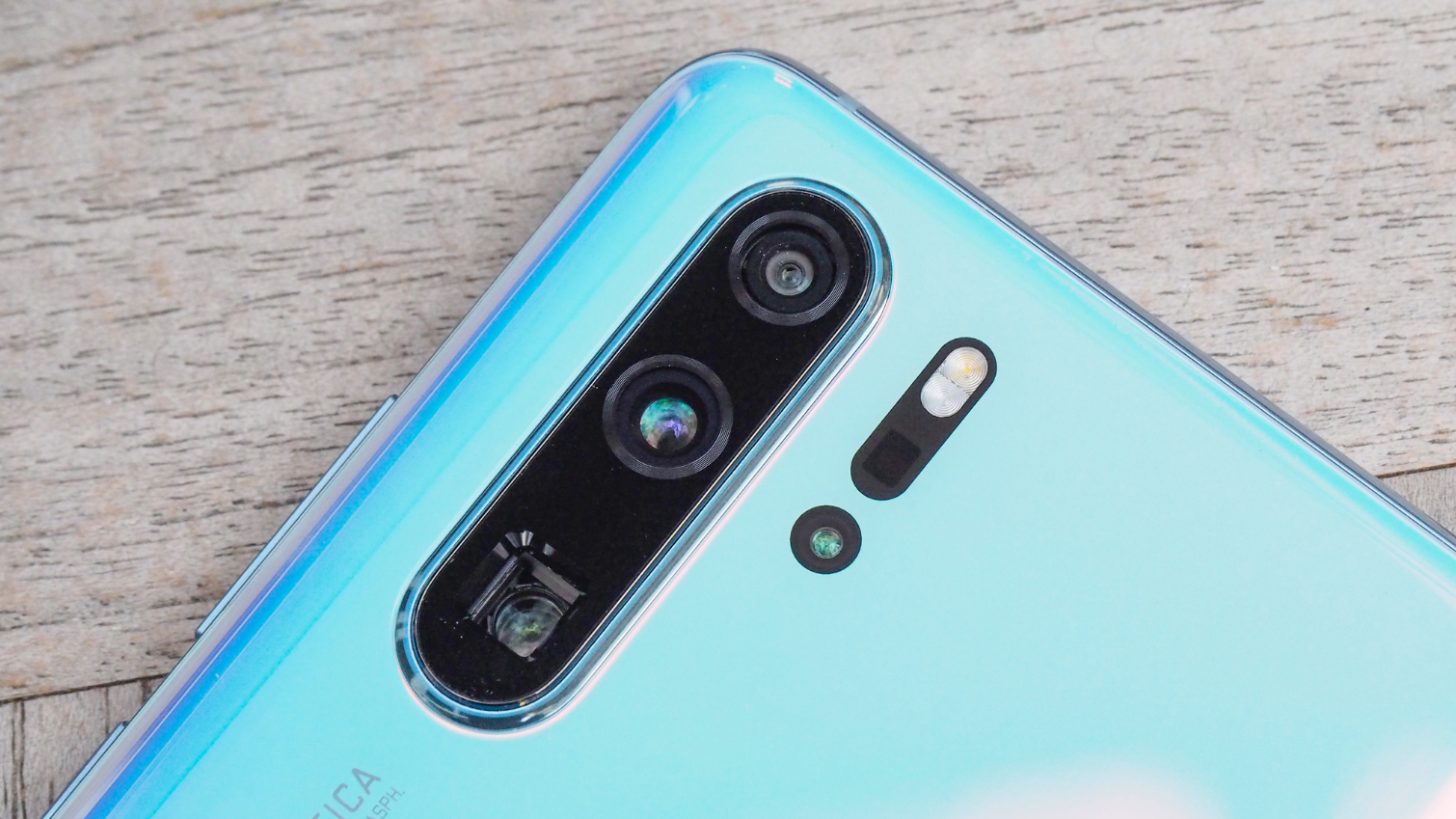 The 8-MP periscope zoom lens is shaped like a square, because the built-in periscope prism rotates everything 90 degrees. The zoom is, quite frankly, a little crazy. The lens has 10x hybrid zoom so you don’t lose details as you laser in on a subject. The 50x digital zoom might be overkill, because at that range the slightest movement of your hand changes the entire photo composition, but being able to see into a Manhattan office window from across the street and far below was extremely cool. I then zoomed back out and switched to the 20-MP ultra-wide-angle lens with 120-degree field-of-view to capture the Midtown skyline. 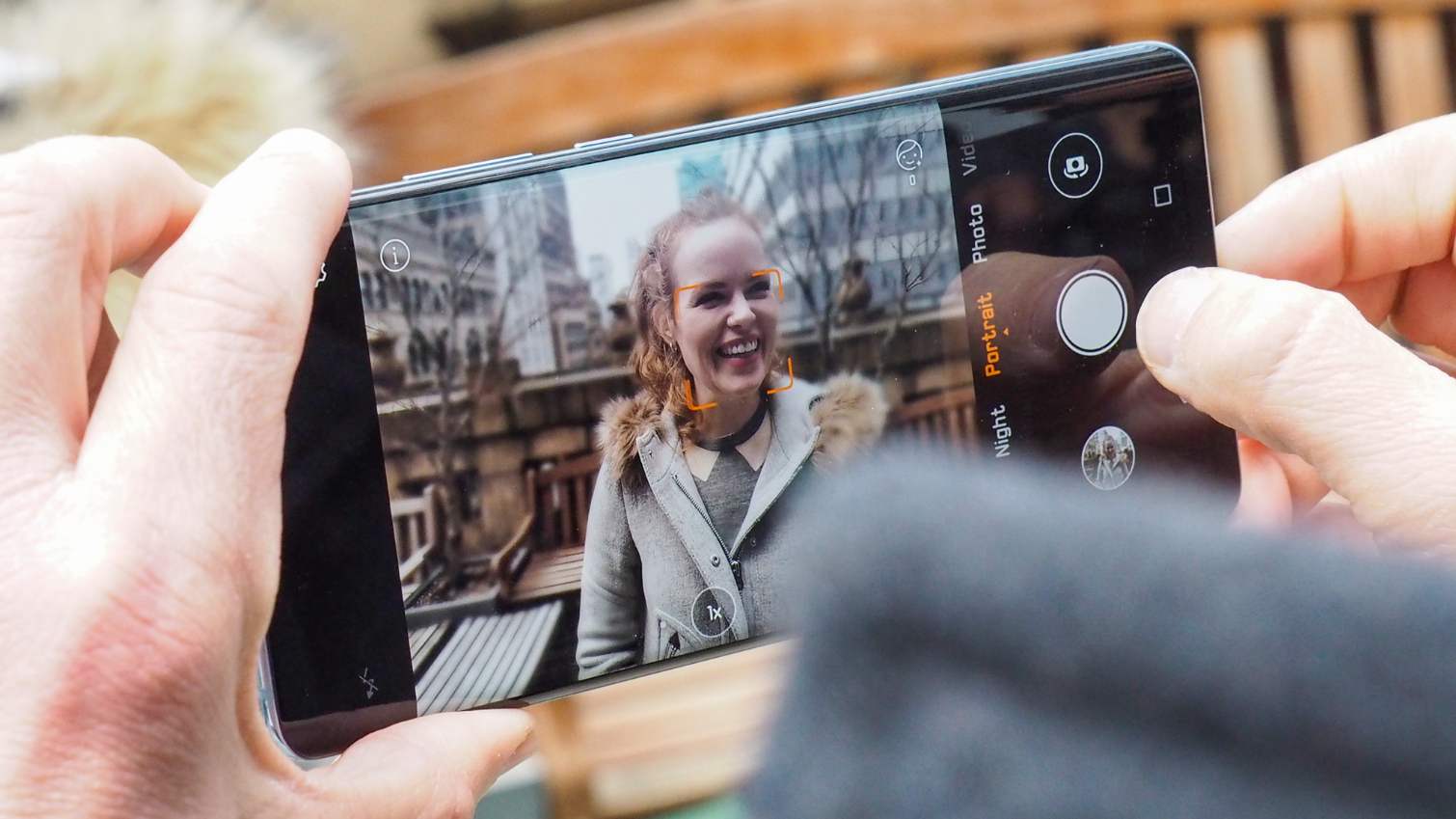 The ToF lens, which is making its way to more flagships phones this year (including Samsung’s 5G Galaxy S10 when that phone arrives this spring), understands how long it takes light to travel from the subject to the camera. That makes for a visibly improved bokeh effect in portrait mode, and it also can be used for augmented reality applications. I wasn’t able to test any AR apps on the P30 Pro, but Huawei’s Measure app, which measures height, depth and width, will be available to download in the Google Play store. Together, the Pro’s quad-lens array takes beautiful photos with almost no effort. Huawei enhanced the Pro’s camera software with artificial intelligence to take advantage of the new hardware. AI stabilization makes it possible to take a long-exposure shot in just 4 seconds. Super Portrait uses AI to preserve details that can be lost in bokeh shots, like the curls in my hair. A new AI HDR+ mode can stacks multiple frames of different exposures to ensure the overall photo is evenly exposed.

MORE: HUAWEI P30 Pro Caught in the Wild with Its Four Killer Cameras

In my early hands-on time with the HUAWEI P30 Pro, I was impressed with its low-light photos, periscope zoom and improved portraits. Stay tuned for a full review of the device to see if the Pro tops the Pixel 3 for the best smartphone camera crown.

Huawei isn’t just building one of the best smartphone cameras around. The company is also one of the few phone makers trying to separate its devices from the pack with distinctive design. The HUAWEI P30’s glossy colour-gradient backs are so stunning that I can forgive the teardrop-shaped notch at the top of both the HUAWEI P30 and the Pro, which feels a little 2018 now that other companies have come up with more inventive ways to disguise their front cameras (see: Samsung’s Galaxy S10 and Oppo’s Find X). 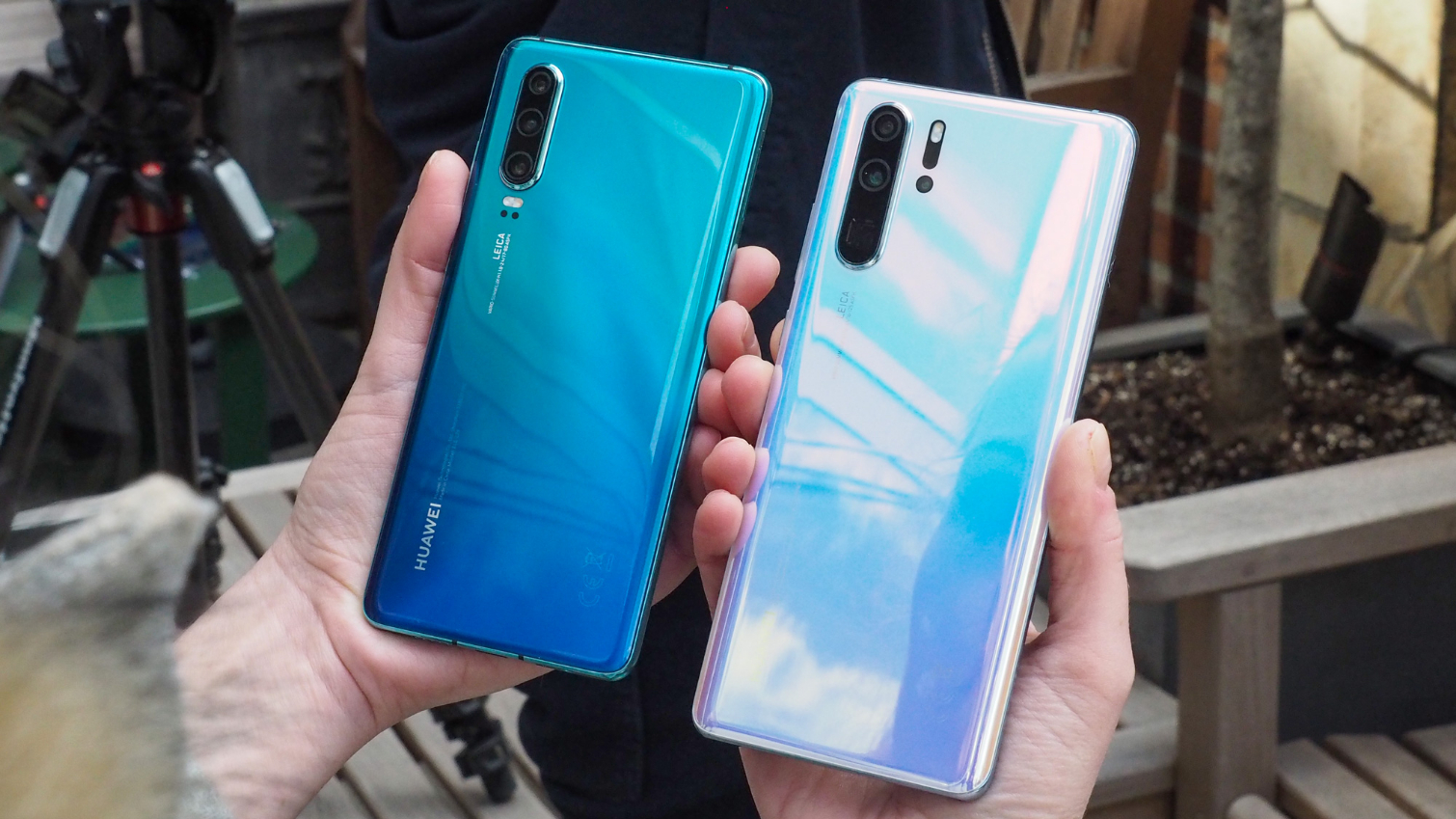 Both the HUAWEI P30 and larger Pro come in five hues that are anything but boring: Amber Sunrise is a pearlescent, red-infused orange that looks like fire, Breathing Crystal is an airy blue/purple/pink, Pearl White is iridescent, taking on other colours like pink and yellow, and Aurora recreates the Northern lights. Even the basic black is reminiscent of smoke, unlike the plain black slabs we’ve seen from other smartphone makers in the last few years.

Huawei knew it had hit a homerun when the P20’s Twilight shade, an ombre blue-purple, sold more than the black model in many countries. So the company turned to nature for inspiration for the HUAWEI P30’s gradients, and they are absolutely gorgeous in person. The Breathing Crystal Pro I tried out is a soothing bluish pink that reminded me of a desert sunrise.

Display: Beautiful, but not the best 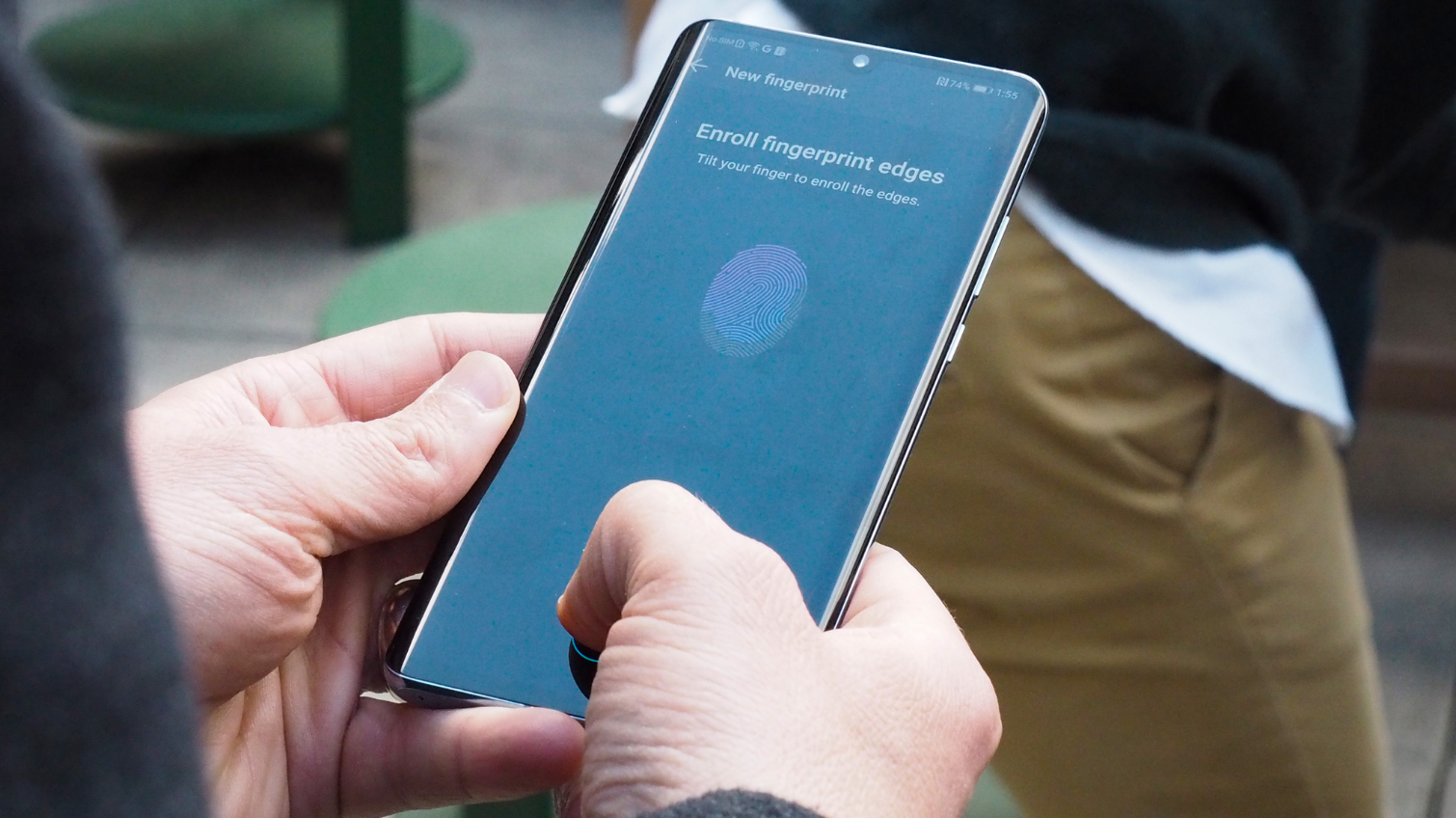 Huawei jumped on the in-display fingerprint sensor bandwagon with the HUAWEI Mate 20 Pro, and the HUAWEI P30 and HUAWEI P30 Pro continue that trend. When we tested it in our hands-on time, it seemed responsive, but we’ll be putting the devices through more tests to see how their fingerprint readers stack up to the OnePlus 6T and Galaxy S10.

Performance and Battery: Pro for the win

Huawei’s take on Android, EMUI, is not my favourite, though the latest version, EMUI 9.1 built on Android Pie, is expected to deliver performance improvements, including faster app launches, and an Apple AirDrop-like feature called OneHop for seamlessly sharing photos and documents to a Huawei PC. 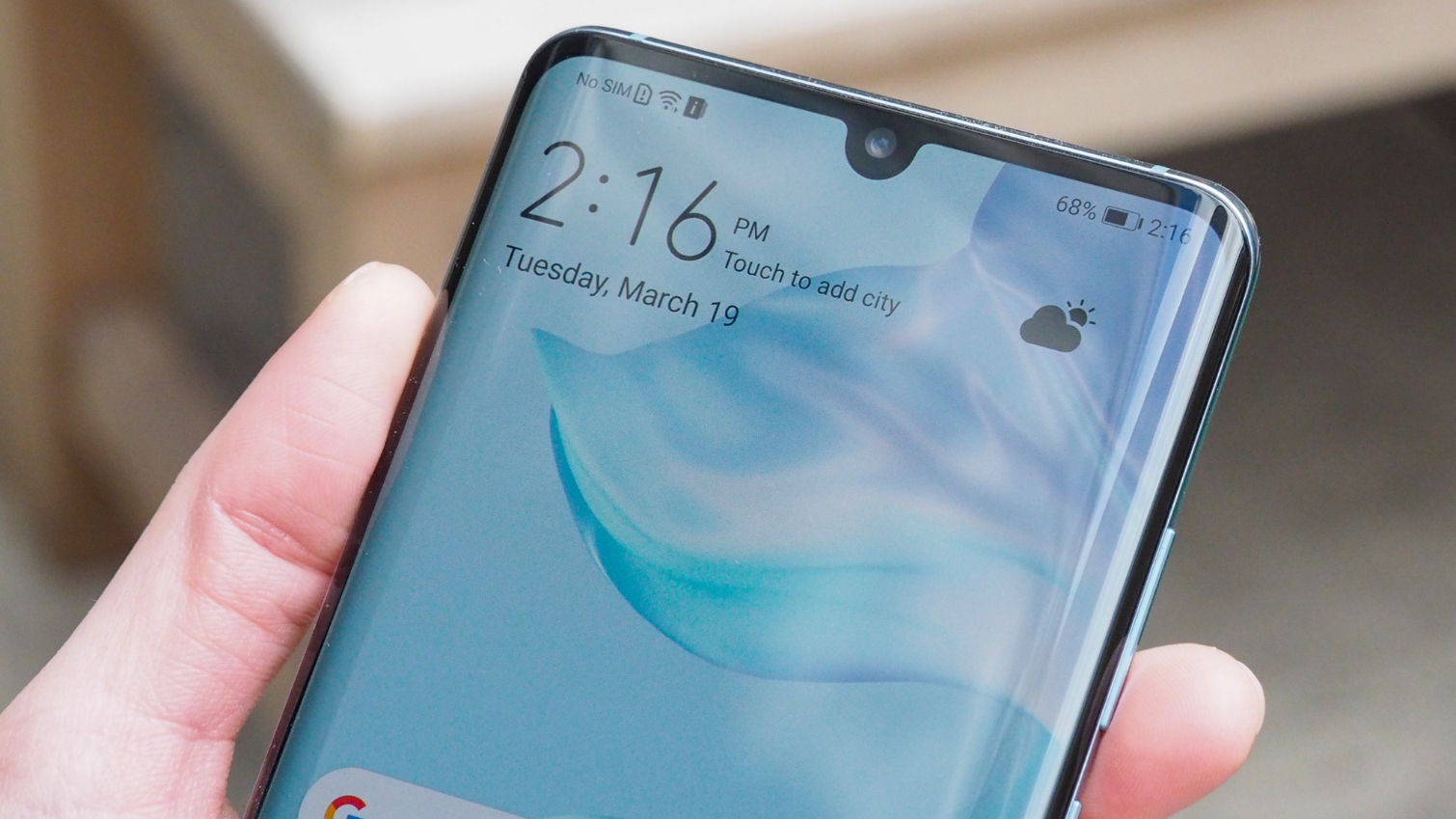 When it comes to performance, Huawei’s 7-nanometer Kirin 980 chip with dual-NPU is expected to deliver the same power we saw in the HUAWEI Mate 20 Pro, which sports the same chip. Stay tuned for benchmarks as we compare the HUAWEI P30 Pro to other top-of-the-line Android flagships running on Qualcomm’s brand new Snapdragon 855 CPU. For what it’s worth, the Snapdragon 855-powered Galaxy S10 has bested all Android phones thus far, including the HUAWEI Mate 20 Pro and its Kirin 980 chipset. 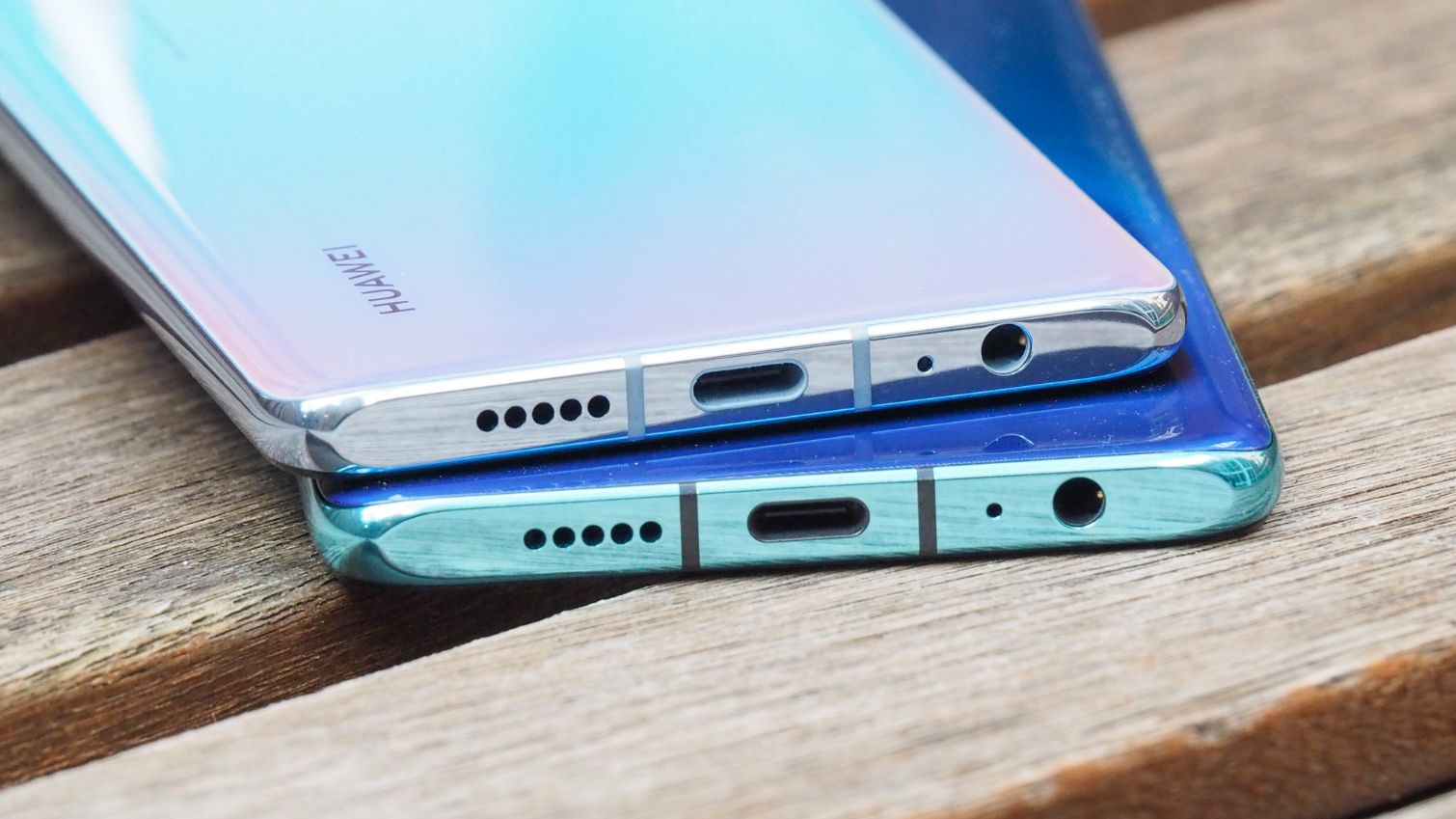 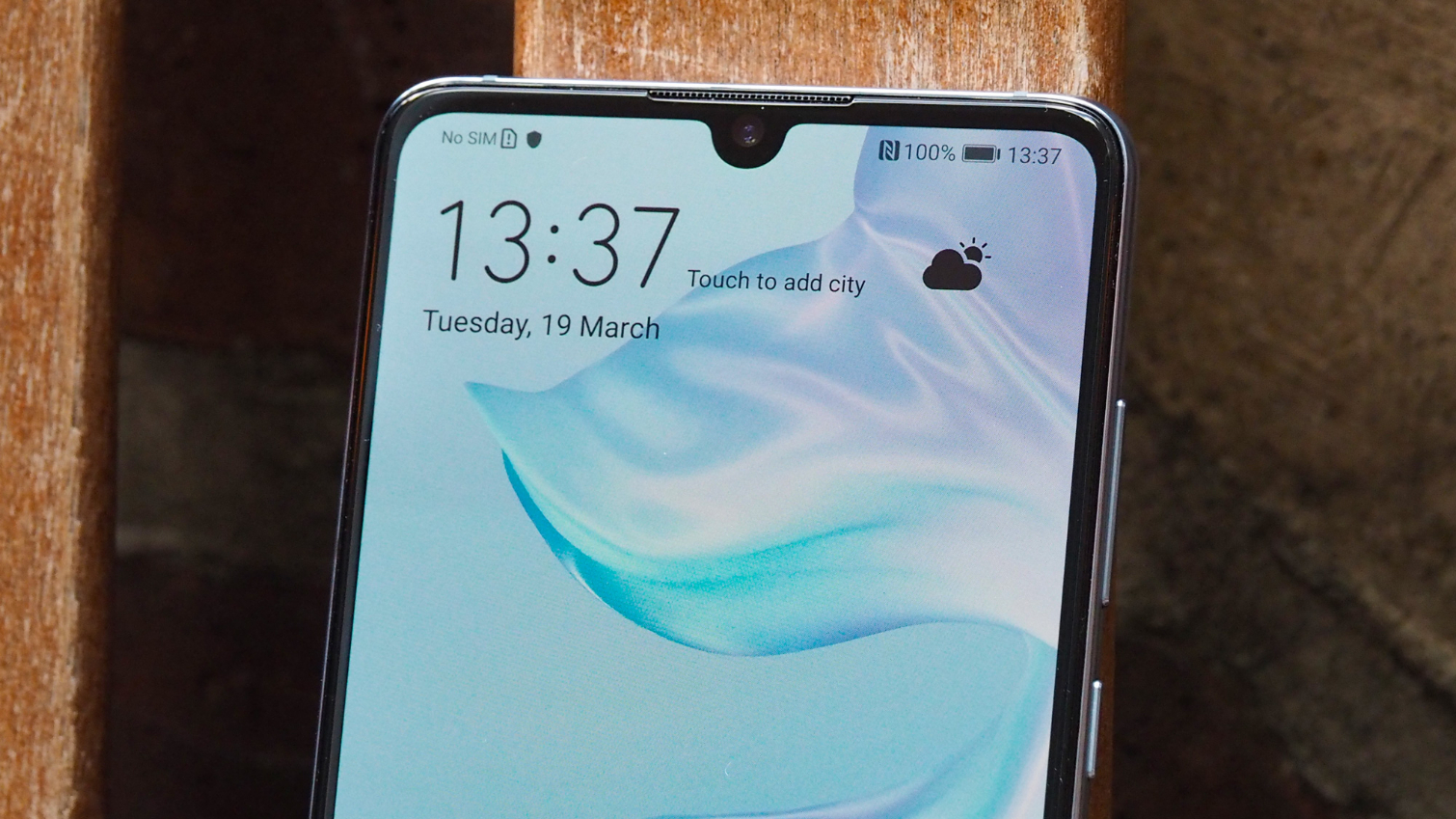 The time-of-flight lens is exclusive to the Pro, so if you want better portraits and AR experiences, the larger phone is the model to buy. Otherwise, both devices have the same triple-lens array, including the 40-MP super spectrum lens for stunning low-light photos. Huawei also reserved a more powerful battery for the Pro. The larger phone’s 4,200 mAh battery supports Huawei’s 40-watt Super Charge, which can juice up the device from 0 to 70 percent in 30 minutes. The Pro also offers wireless charging, and can reverse charge any other Qi-compatible device. The HUAWEI P30 does not support the 40-watt charging or wireless charging.

And there’s a subtle design difference: Both phones come in the same gleaming gradient hues, but the Pro uses curved glass on both the front and back for a more premium feel. However, the regular HUAWEI P30 has a headphone jack, which the larger phone sacrifices for a bigger battery.

After seeing Huawei’s foldable Mate X at Mobile World Congress last month and now the HUAWEI P30 Pro, it’s clear that Huawei is pushing the entire smartphone industry forward — at least when it comes to hardware.

Stay tuned for our full review of the HUAWEI P30 Pro to see if Huawei has finally nailed the entire experience — cutting-edge design, powerful cameras and beautiful interface. If the HUAWEI P30 is a perfect smartphone, we’ll be even more disappointed that Huawei’s political troubles make the device a non-starter in the States (for now).