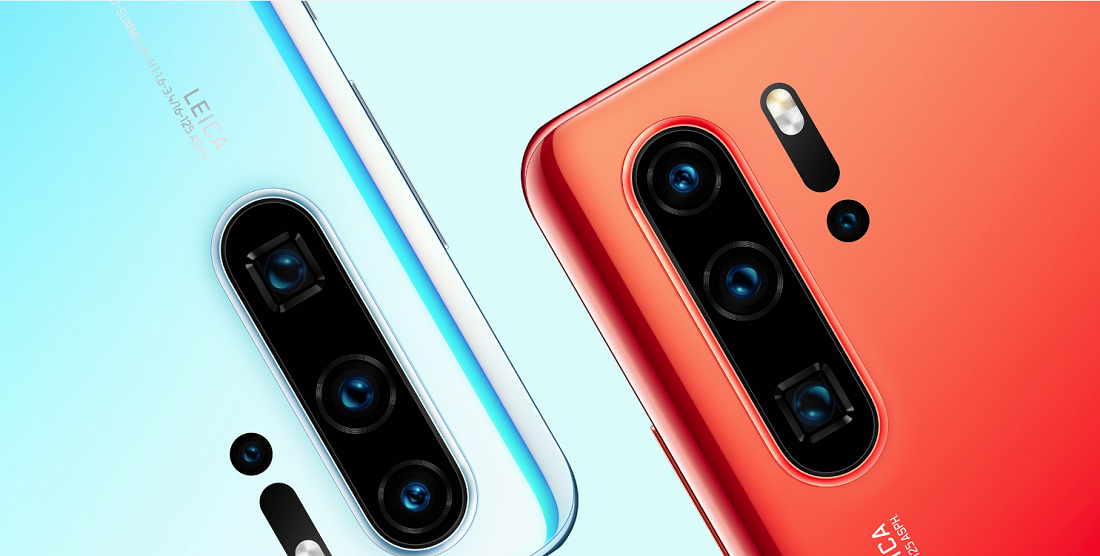 In something of a surprise, Chinese manufacturer Huawei in 2018 overtook Apple as the largest shipper of smartphones in the world. Since then, Huawei has continued to demonstrate impressive growth, even as the company has had to contend with a number of espionage accusations and various scandals.

All that aside, Huawei continues to push the envelope hardware wise, with the company earlier today unveiling its next-gen smartphone line. Dubbed the P30 series, Huawei’s new devices, not surprisingly, bring a whole lot to the table with a particular focus on taking mobile photography to the next level.

Huawei’s top of the line HUAWEI P30 Pro features a quad camera system (made in conjunction with Leica) with a time-of-flight sensor for improved augmented reality functionality and bokeh shots. Specifically, the HUAWEI P30 Pro features a 40 megapixel lens, a 20 megapixel wide angle lens, a telephoto lens, and the aforementioned time of flight camera. Taken together, and arguably the most important feature of all, the device will offer up best-in-class photos in low light environments. Incidentally, the HUAWEI P30 has a triple-lens camera scheme on the back.

Particularly intriguing, though, is the zoom capabilities afforded by the HUAWEI P30 Pro. DXOMARK conducted some in-depth testing and came away incredibly impressed.

If you still needed a reason to spend money on a compact camera, it would have been for zoom reach, as even the best smartphone cameras could not provide usable zoom image quality beyond a 5x factor. This has now changed with the Huawei HUAWEI P30 Pro and its innovative zoom system that uses folded optics and a super-resolution algorithm, which finally makes usable 10x zoom on smartphones a reality.

The zoom on its own will make the new Huawei an extremely tempting option for many mobile photographers, but the camera performs very well in almost all other areas as well. The bokeh mode is the best we have seen; image detail and noise levels are excellent across all light levels; and the camera records high-quality footage in video mode. There is still some room for improvement in terms of color and artifacts, but these are relatively minor shortcomings that most users will be able to easily live with.

Add the super-wide-angle camera (which as with other devices with a similar camera setup, did not have an impact on Huawei’s DxOMark score) into the mix, and the P30 Pro is easily the most versatile mobile imaging tool to date, allowing you to cover a wider range of photographic situations than any other smartphone.

As for a specific example, check out the impressive zoom on this photo courtesy of Charles McLellan of ZDnet.

You can read more about the HUAWEI P30 Pro on Huawei’s website over here.