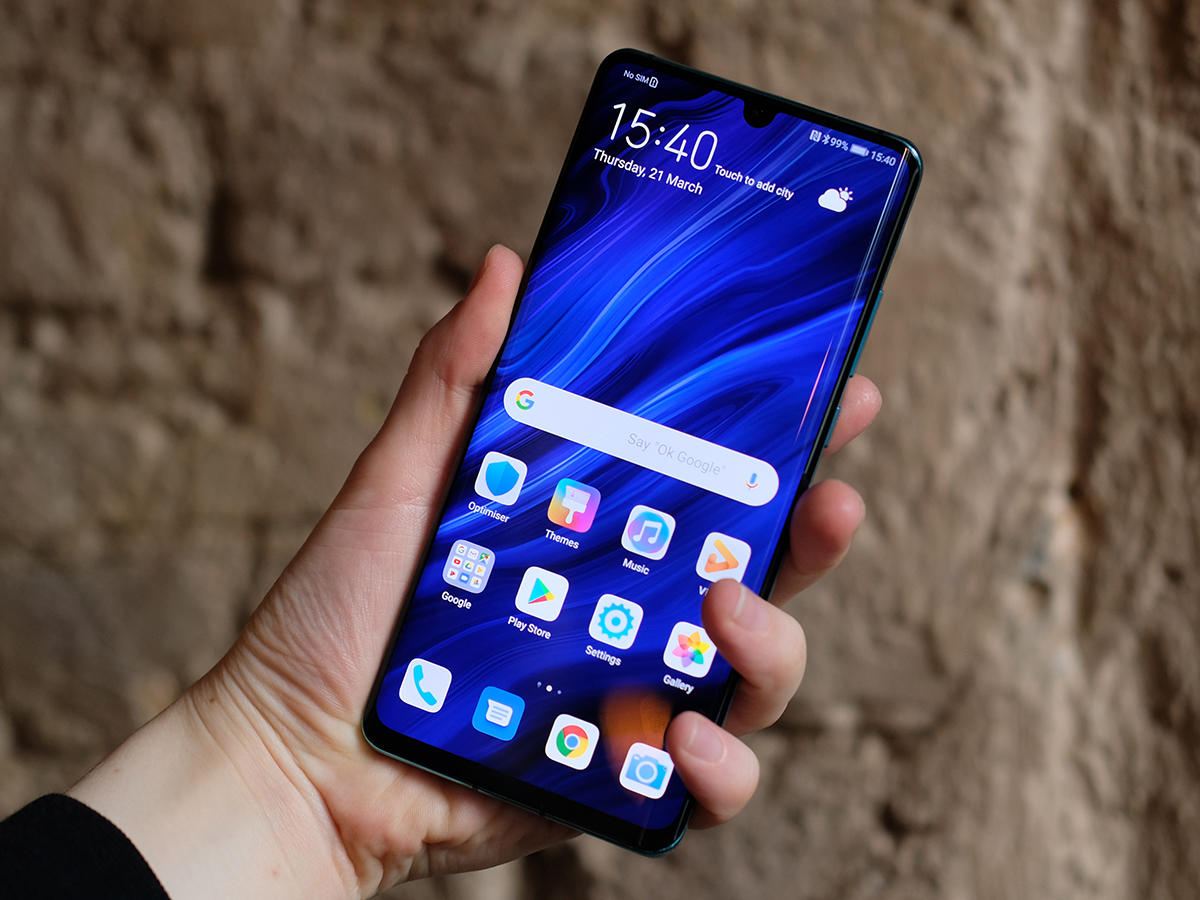 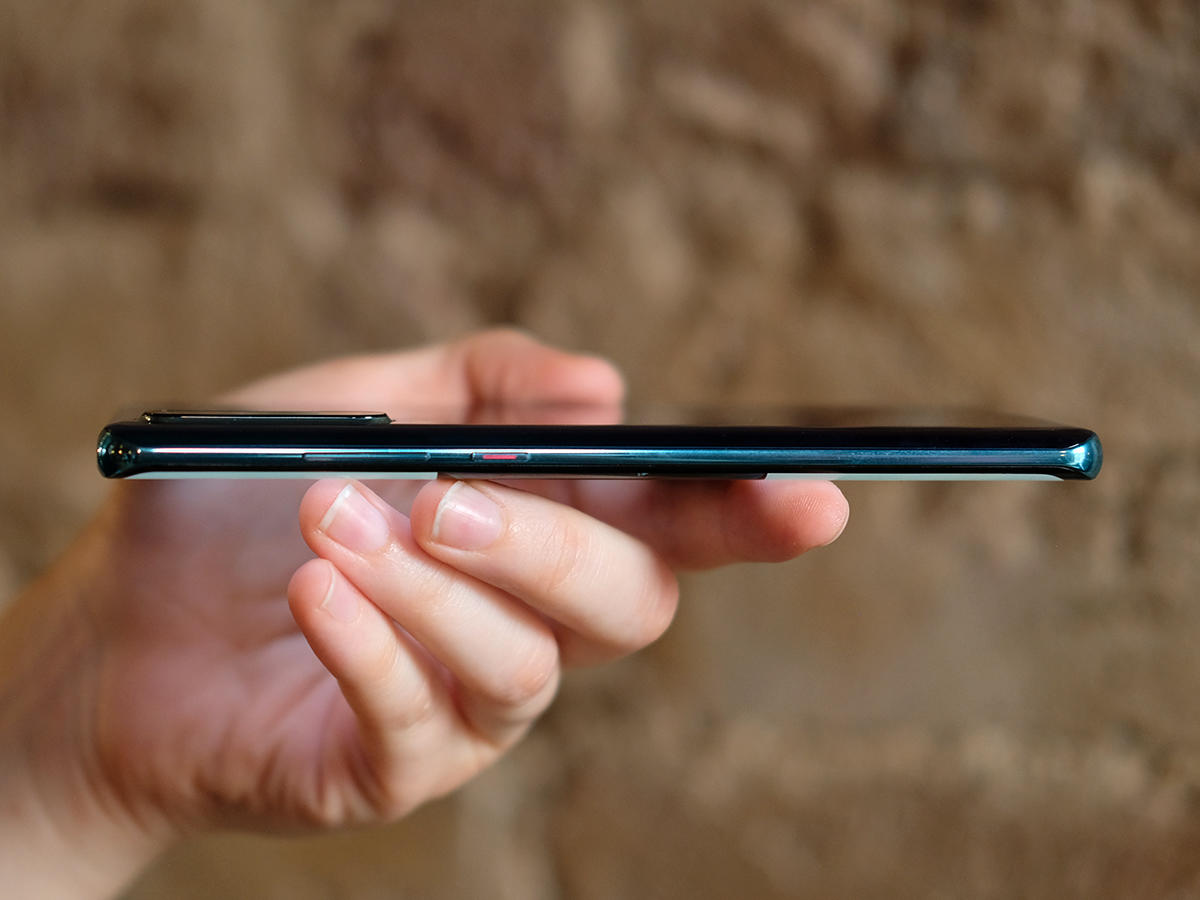 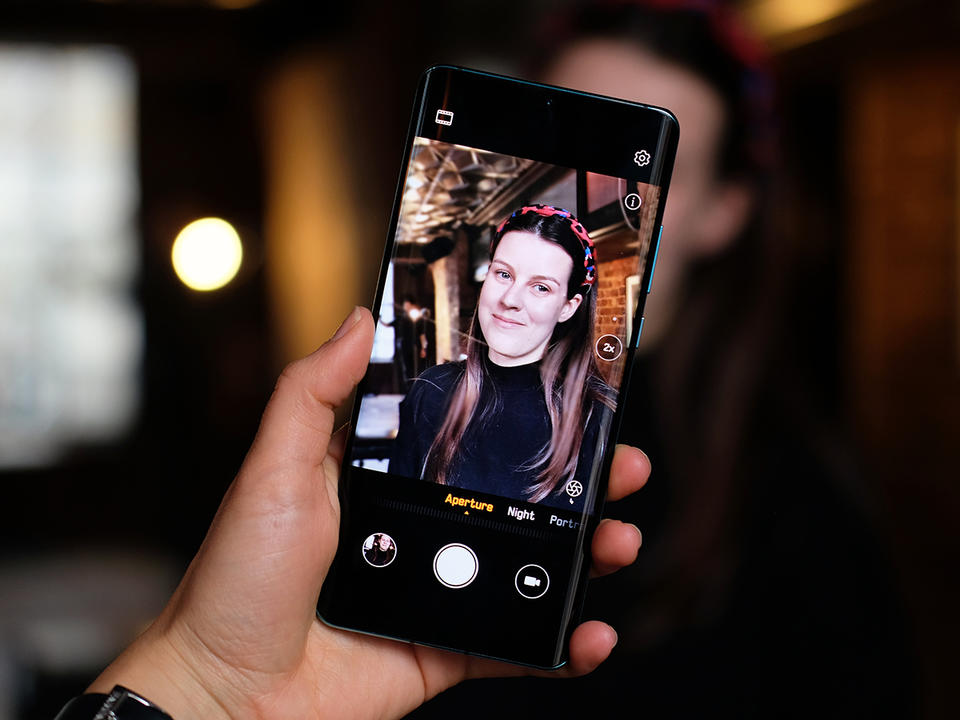 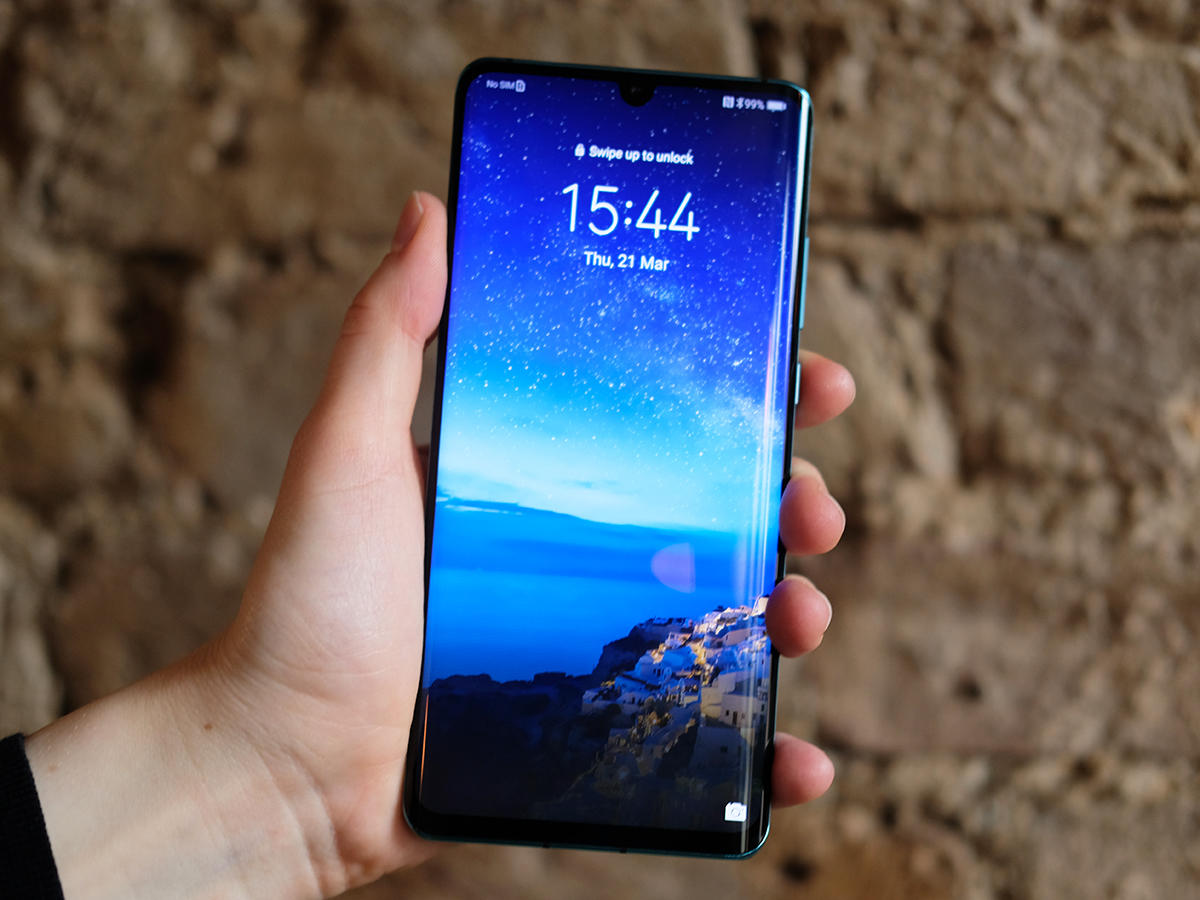 It seems crazy to think that less than a decade ago, non-nerds didn’t know what Huawei was. Now it’s a company as ubiquitous as a Pret a Manger branch in the capital and was second, after Samsung, for selling the most smartphones in 2018.

There’s no denying that the Chinese company is terrifyingly capable at making phones. The HUAWEI Mate 20 Pro was awarded king smartphone by this very publication, and it’s not the sort of company to rest on its laurels either; its latest project, the HUAWEI Mate X literally folds in half.

And since the roaring success of the photographic-focused HUAWEI P20 Pro, excitement for the HUAWEI P30 Pro hasn’t dwindled. We’ve been following the leaks like a ravenous fox hunting out a particularly succulent rabbit.

And it just so happens that we were in Paris for the launch, where rabbits are commonplace on the dinner table.

Now, after spending a week with it, we get the skinny on Huawei’s latest quad-camera, seriously shiny superstar.

Before we get to the important things, can we just talk about the colours. Because they are quite sublime and Huawei has been waxing lyrical about the pearlessence and the iridescence and using many other adjectives which sound like they were conjured by a 90s Disney Princess.

The designs are ‘Inspired from nature’ and are quite stunning, regardless of their pretentious names. There’s Pearl White, Breathing Crystal (yep, you read that correctly), Amber Sunrise and Aurora – oh and if you’re really boring and basic like us, it’s available in black.

It’s all glass which curves around the edges, with the most miniscule of bezels possible, plus - a small dew drop at the top.

It’s got a waterproof rating of IP68, a tiny notch above the HUAWEI P20 Pro and enough for you to feel it’s safe should it take a dip.

Huawei was able to reduce the size of the notch from the HUAWEI P20 Pro to give users a fuller view display by replacing the speaker with an electro magnetic levitation mechanism which sends vibrations to the entire screen enabling sound. This will also change the way you hear sound.

For instance, if someone sat next to you on the train is on the phone, you can sometimes hear the person chirping on the other end. With the HUAWEI P30 Pro – that won’t be possible.

At 192 g, it feels substantial in the hand. Leave it on the very edge of a surface though and its slippery all glass body will go sliding off the end like it's got a death wish.

And back to the iridescent colours – after handling the Aurora colour (pictured) this thing will pick up smudges at the first opportunity. Interestingly, we've been using the Amber Sunrise this week which is slightly less shiny and less susceptible to finger marks - yet no less beautiful.

Software and performance: Kirin to a screen near you

The HUAWEI P30 Pro munches on Huawei's latest processor - the Kirin 980, which is powerful, fast and intelligent, just like Huawei’s flagship – the HUAWEI Mate 20 Pro. The new processor (the Kirin 985) is not likely to reveal itself until the HUAWEI Mate 30 Pro comes to the fore.

Huawei employs EMUI 9.0, a version of the latest Android 9 operating system. This means more ‘AI’, where the way you use your phone will be stored and used to predict your next move –in theory this should mean you can zip though the phone with total fluency. Although we didn’t have long enough with it to get a real sense of this, we can definitely confirm that it’s fast.

There are some cool features (well depending on what you consider cool) – such as AI video editor which creates little video highlights for each person who you video or photograph regularly, not that dissimilar to what Google Photos does.

There’s also a downtime option whereby you can set some off-screen time which, although nothing new, is still a nice touch. The phone display will turn grey to reduce the desire to pick it up for just one more scroll.

The gestures also come to the HUAWEI P30 Pro, where you can swipe up to return home, or swipe up and hold to open up the task manager.

There’s lots of other new software tricks too including Digital Car Key, where Huawei is working with Audi to use the phone as a key to lock and unlock the car and even start the engine. There was no car to test this with at the briefing but while that feels pretty cool, it’s a bit of a shame that it's a feature reserved for Audi drivers.

One Hop also comes to the HUAWEI P30 Pro which we’ve seen on the HUAWEI MateBook X - which is a dream for professionals allowing the user to scan, copy and paste and transfer files with just one touch.

And the new in-screen finger-print scanner has been improved both on security and speed. We experienced no delay and it was always effortless to get into the phhone.

It should have all the stamina you need - with the same 4,200 mAh battery as the HUAWEI Mate 20 Pro, and will go from 0 - 70% in a mere 30 minutes charge with fast charging. And, should you find yourself running out of steam and near another (consenting) Huawei phone, back-to-back wireless charging is available.

Now above all, this is a photographic phone, which will no doubt become famed for its camera just as its predecessor was. The HUAWEI P30 Pro should set the bar even higher.

On paper, the zoom lens gets the nod of approval - it’s really impressive. Especially the image stabilisation as we zoomed to over 10x, I could feel the camera working hard to counteract my wobbling. There are colouring issues as expected as you zoom in closer, but that would be expected on any camera.

The company promises 10x lossless zoom. How? In short, thanks to a combination of the HUAWEI P30 Pro’s focal length (equivalent of 135 mm for an optical zoom of 7.8x), and data from the main camera sensor which pushes it to that 10x figure. It's almost addictive to go zoom-crazy when you've got this phone in your hand. The detail is incredible at both 5x and 10x, things start to look a little bit undefined when you start going over 15x, but it'll still manage more than the likes of my iPhone XS max or a Pixel 3.

The front facing camera has upped to 32 MP – which is arguably more detail than anyone could possibly want. Maybe that’s just us though. Portrait mode works well on selfies and even in dim lighting – the photos are bright. There’s ‘beauty’ mode again which, thankfully, can be switched off.

Huawei, with Leica, have manufactured a new SuperSpectrum Sensor, so instead of RBG it uses RYYB. What this means to us simple folk is that more light can be absorbed. From swapping the green to yellow – as yellow can take in both green and red, there is more light information to work with, therefore, crisper photos.

The only tiny niggle we had with the camera was the rendering of green, taking the phone with me on a woodland walk, some of the foliage looked a little too vibrant and saturated, which, might just be a preference as I prefer more natural tones.

Light Sensitivity ISO up to 400,000 from 102,400 on the HUAWEI P20 Pro which means this should work wonders for night shooting – there's exposure time for 6 seconds whereby you must keep the phone really steady. When this was done successfully, night mode is unbelievable. Far more than what the human eye can decipher that's for sure. Night Mode takes multiple frames at varying exposures and then combines them into a single HDR image.

The new ToF camera sits above a light – they work in sync so that the sensor can accurately record how long it takes for the light to be reflected back off an object. This is handy for accurate reading of objects and also great for increasing depth and bokeh. In theory, the camera array should have a better understanding of the content. Portraits, in good light were mostly excellent, but in low light we did have some slight focusing issues.

If video is more your bag, there’s a new dual view video which uses two cameras at the same time. So you can basically be filming two things at once – which sounds all kinds of crazy and actually quite mind boggling. We could really do with an extra brain to keep tabs on one of the frames.

Imagine if you’re shooting a football match, have one camera on the entire pitch and another closing in on the action. Yet it’s all recorded as a single video.

With the same processor and battery as the HUAWEI Mate 20 Pro and after spending a week with it, we've got no reservations about the HUAWEI P30 Pro's performance.

What this smartphone is really about is the camera. There's a complex setup involved and the periscopic zoom, plus the ToF sensor is exciting for a number of reasons. But for us, it's the accuracy. All too often smartphone bokeh isn't quite on the money, because a small chuck of hair gets chopped off, or the fraying threads on a knitted jumper, or the software just does something kooky.

The HUAWEI P30 Pro sets a stratospheric benchmark of zooming capabilities on smartphones at no compromise to battery life or performance. The cleverly designed periscopic lens means you can zoom crystal clear at 5x, seriously good at 10x and then at 50x it'd be posssible to see the craters on the moon on a clear night.

That's not to say it's perfect, focusing could be imporved as well as over-saturation, particularly on shades of green. But no smartphone will be able to match the HUAWEI P30 Pro on a number of photography scenarios.

The beauty of the HUAWEI P30 Pro and its incrediblly zoom credentials is that it's not just all software gumph with time, there's been an impressive update to the hardware - and that marks the spot where partnering with Leica proves that pooling talent is where real advancement lies.