The pre-order phase saw an overbooking by 300% over last year’s HUAWEI Y9 2019 as consumers are flocking the market to get their hands on the device.

Lahore – Monday, 08 July, 2019: Huawei is edging closer to being the most loved brand in Pakistan at the behest of immense love and support from people. In its relentless pursuit, the company is opening sales of its midrange killer HUAWEI Y9 Prime 2019. The smartphone comes with a visionary 16 MP Auto Pop-up camera, a cutting-edge notch-less display that gives a screen size of 6.59” and offers a power-packed performance with the Kirin 710F all for a competitive price of PKR 33,999/-.

During the nine-day pre-order phase, HUAWEI Y9 Prime 2019 raked-in 300% more pre-orders than its predecessor HUAWEI Y9 2019. It is the first Huawei device to offer a pop-up camera that too, exceeding all competition due to its high specifications against an amazing price.

A media gathering was organized by Huawei to herald the availability of HUAWEI Y9 Prime 2019 in the market. Speaking on this occasion, Mr. Scott Huang, Country Manager, Huawei Pakistan said: “The people of Pakistan, and especially our consumers have showered their love and support for Huawei. With the launch of HUAWEI Y9 Prime 2019, they have reassured their belief in the company’s technological prowess by pre-ordering the device beyond our expectations. We stay committed to bring our best products for our consumers that are deeply rooted in game changing technology powered by our stringent R&D.”

He further spoke about the company’s ambitious approach to become the world’s No.1 smartphone maker and instilled confidence in the company’s strong position in Pakistan through the public response it has received for the HUAWEI Y9 Prime 2019. 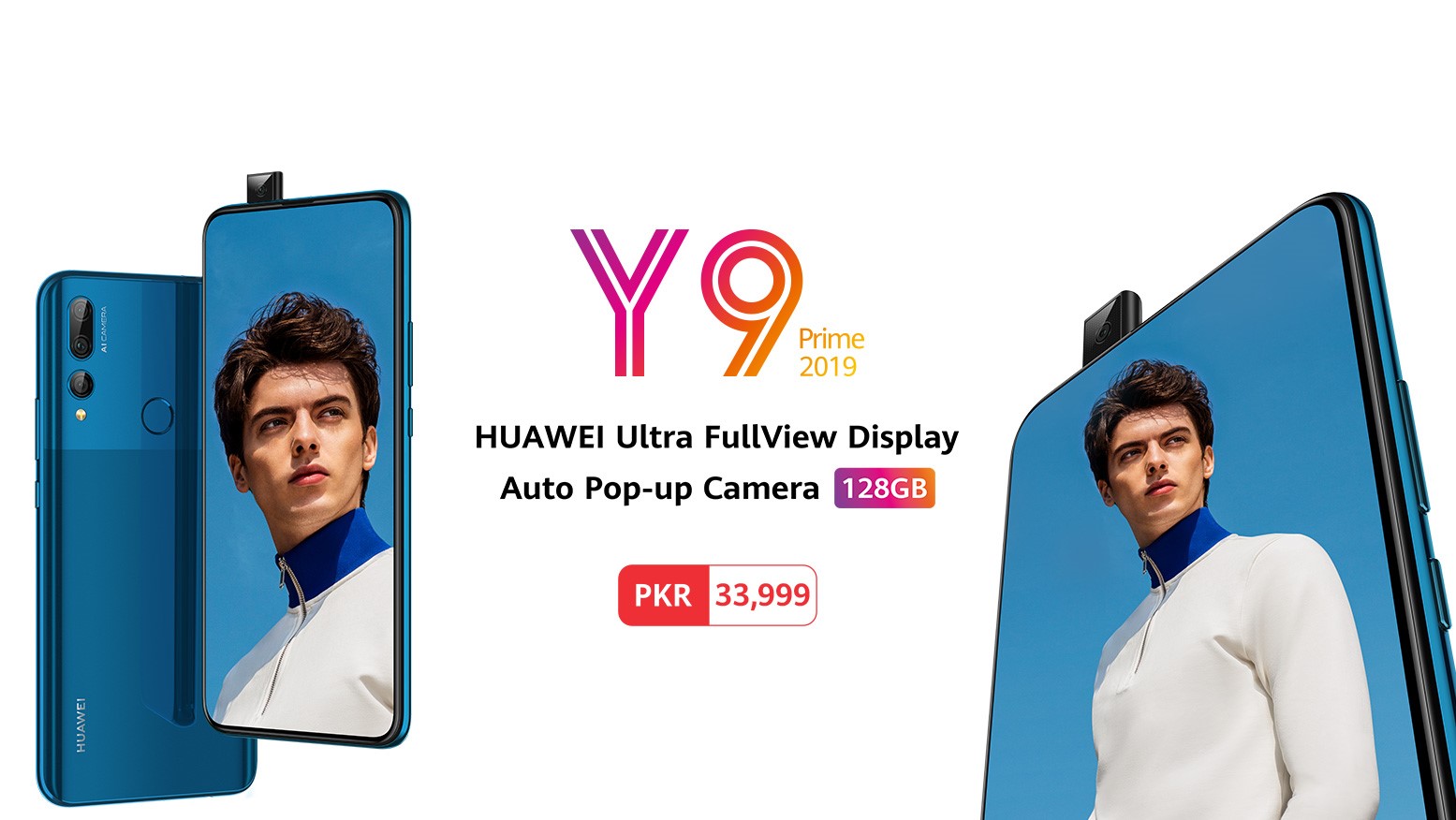 The HUAWEI Y9 Prime 2019 represents a break from conventional smartphone designs. It abandons any form of notch, opting instead to expand the actual display area by a dramatic degree. Remarkably, the device contains no notch, slider, or hole. The screen is simply a smooth and unobstructed glass surface, offering a futuristic feel and wholly immersive viewing experience. The full-screen display measures at 19.5:9 in aspect ratio, and takes up 91% of the front surface, giving the phone a slender body and first-rate aesthetics.

The HUAWEI Y9 Prime 2019 packs a 16 MP + 8 MP + 2 MP triple-camera on the back and a 16 MP, AI enhanced pop-up selfie camera. The front camera is equipped with F/1.8 aperture which is a top performer receiving 50% more light than the F/2.2 aperture that is more commonly seen on the market. It also focuses more quickly and controls noise more effectively. As a result, the HUAWEI Y9 Prime 2019 empowers users to recreate scenes in their full complexity, with enhanced image clarity, contrast, and overall quality.

High Performance, Prolonged Battery Life and the Future of Gaming

The smartphone is powered by the 12nm Kirin 710F which delivers lightning performance while consuming less power. This Kirin chipset represents a significant upgrade over its predecessor in both CPU and GPU. It is also equipped with a 4,000 mAh (typical value) battery. Huawei's proprietary smart power-saving technology boosts battery life to unforeseen levels. Thanks to Huawei's pioneering research and development, the smartphone also utilizes artificial intelligence creatively to identify gaming scenarios and match them with real-life sensations, like reloading, recoil, and the waves from an explosion. Stay on edge, and game with an edge!

The smartphone has gone on sale for an unbeatable price tag of PKR 33,999/- and is available in three colors: Midnight Black, Sapphire Blue, and Emerald Green – each with an enchanting and unique visual identity.