Anything can be a watch face: HUAWEI WATCH 3 Series bring unique and playful display 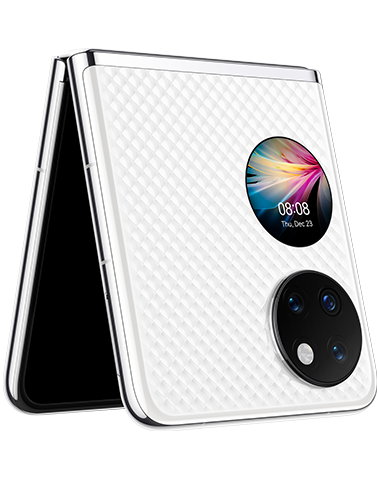 Anything can be a watch face: HUAWEI WATCH 3 Series bring unique and playful display

Alongside having a watch packed with smart features, the design of the smartwatch is equally important to younger consumers. And due to their popularity, smartwatches can be spotted on almost anyone’s wrist, being tied into all kinds of business, causal or fashionable outfits. Carefully designed watch straps and faces allow users to do exactly this, allowing for easily customisable watches built to fit the user’s preference or mood. The HUAWEI WATCH 3 Series does exactly that, though providing watch straps with multiple colourways and different materials, as well as personalised and customised watch face options.

Anything can be made into a watch face display. HUAWEI WATCH 3 Series features a series of watch faces related to traditional Chinese culture, allowing users to enjoy meaningful design on their smartwatch. The watch faces of HUAWEI WATCH 3 Series inherit the concept and aesthetic of all-scenario HarmonyOS, which not only look good, but also act as a button to activate various features. Users can pick the best watch face for different scenarios to bring a bespoke look and experience.

Additionally, the watch face store on HUAWEI WATCH 3 Series offers over a thousand different types of watch faces, across categories including business, fashion, simplicity, cartoons and fun style for users to enjoy a personalised experience1. 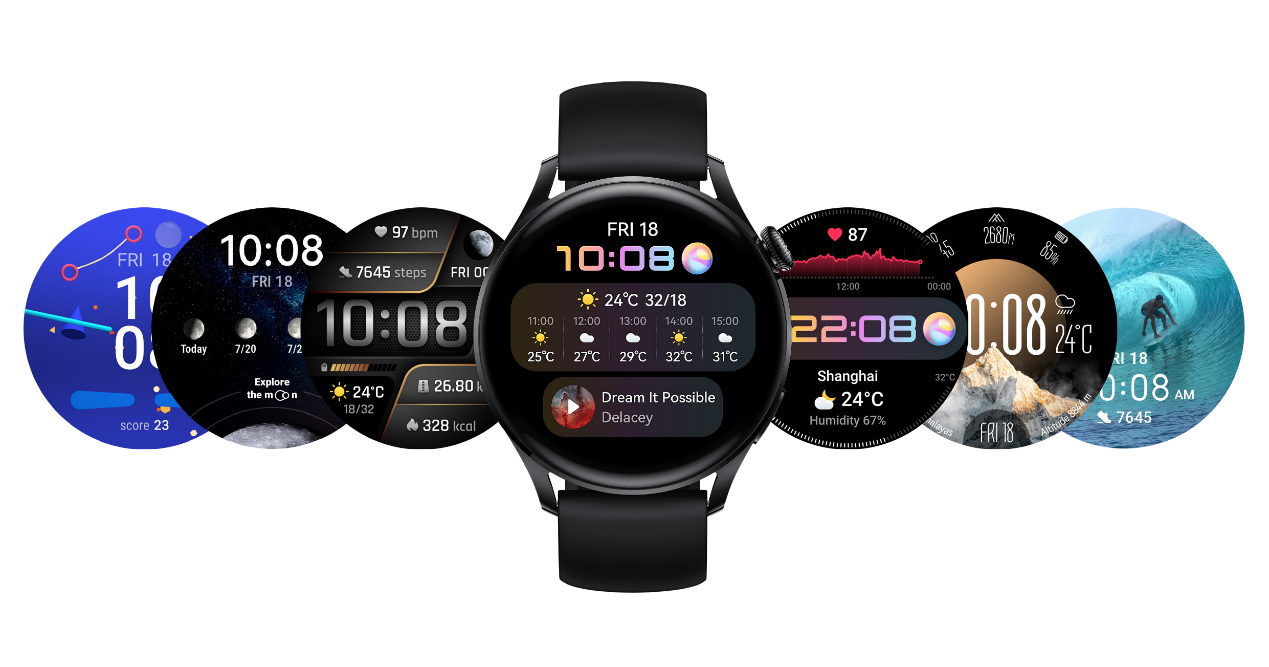 The Explore the Moon watch face not only displays the real-time and next 12 day’s moon phases, but also provides information on the moon surface, and the distance between the moon and the earth which users can tap, swipe, or rotate the crown to interact and understand more. If you are a big fan of astronomy, this face watch is built for you. By clicking “Explore the Moon” at the bottom of the watch face, the moon will move to the centre of the display and users can press and hold the moon to rotate 360° to look at it in all directions. Tap on the moon to view the famous landscapes such as Sea of Showers, Bay of Rainbows and Copernicus, etc. and lean about them through the detailed information the watch provides. Users can also click on the earth below to view the distance between the moon and the earth in different time periods. 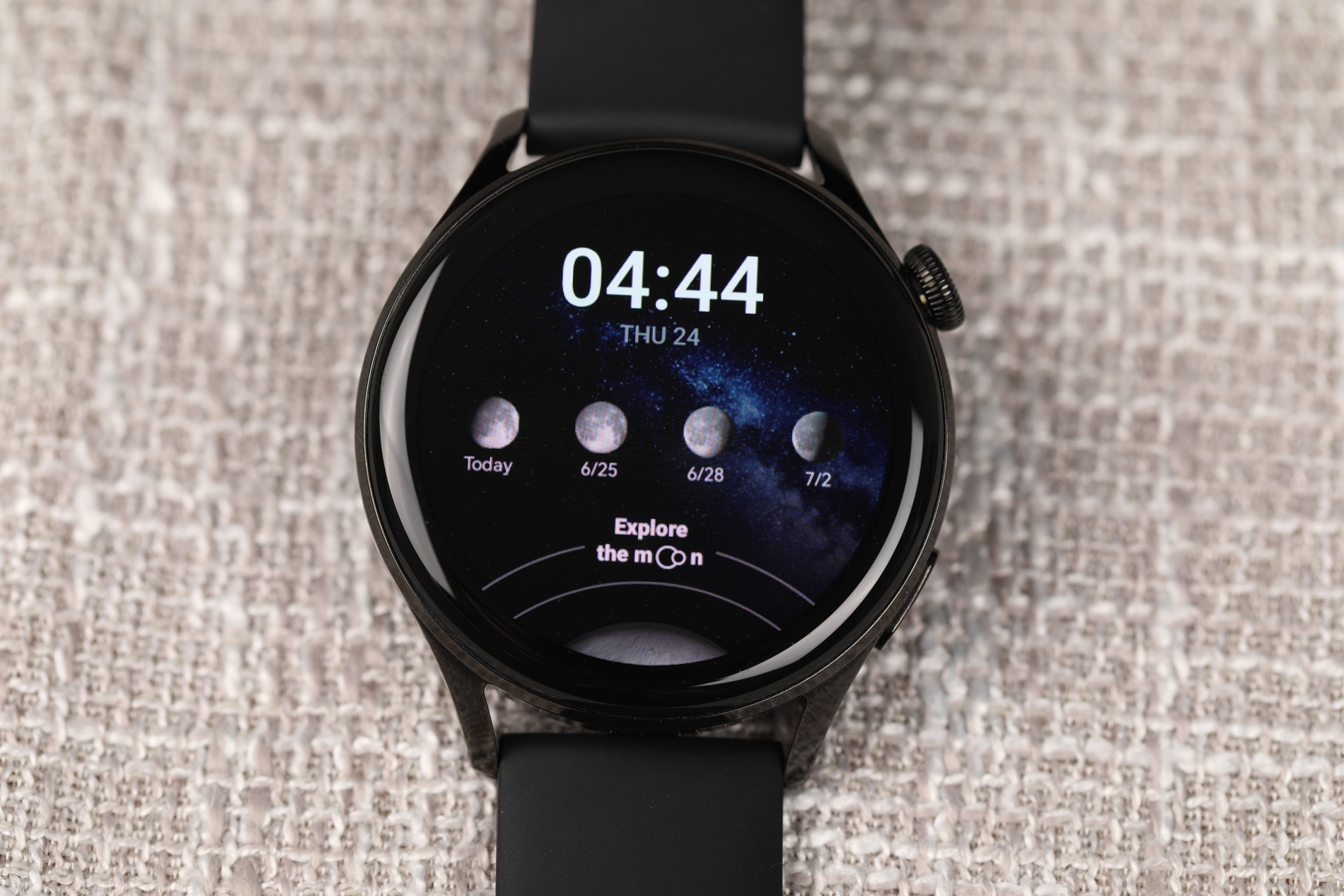 If you are a gamer, you are going to love this one. HUAWEI WATCH 3 features the gaming watch face for the first time, offering a casual and fun pinball watch face to help users kill time wherever they may be. During the game, users control marbles to hit specific objects to score points and the game will end when the marble falls to the bottom. The game is exciting and challenging, allowing users to jump back to their childhood anytime, anywhere.

The Mondrian style uses geometric figures as the basic elements of design, which has a great influence on the architecture and design of future generations. The watch face boldly references the Mondrian style, freely experimenting with shapes, lines, and colours to bring harmony and beauty to the smartwatch. 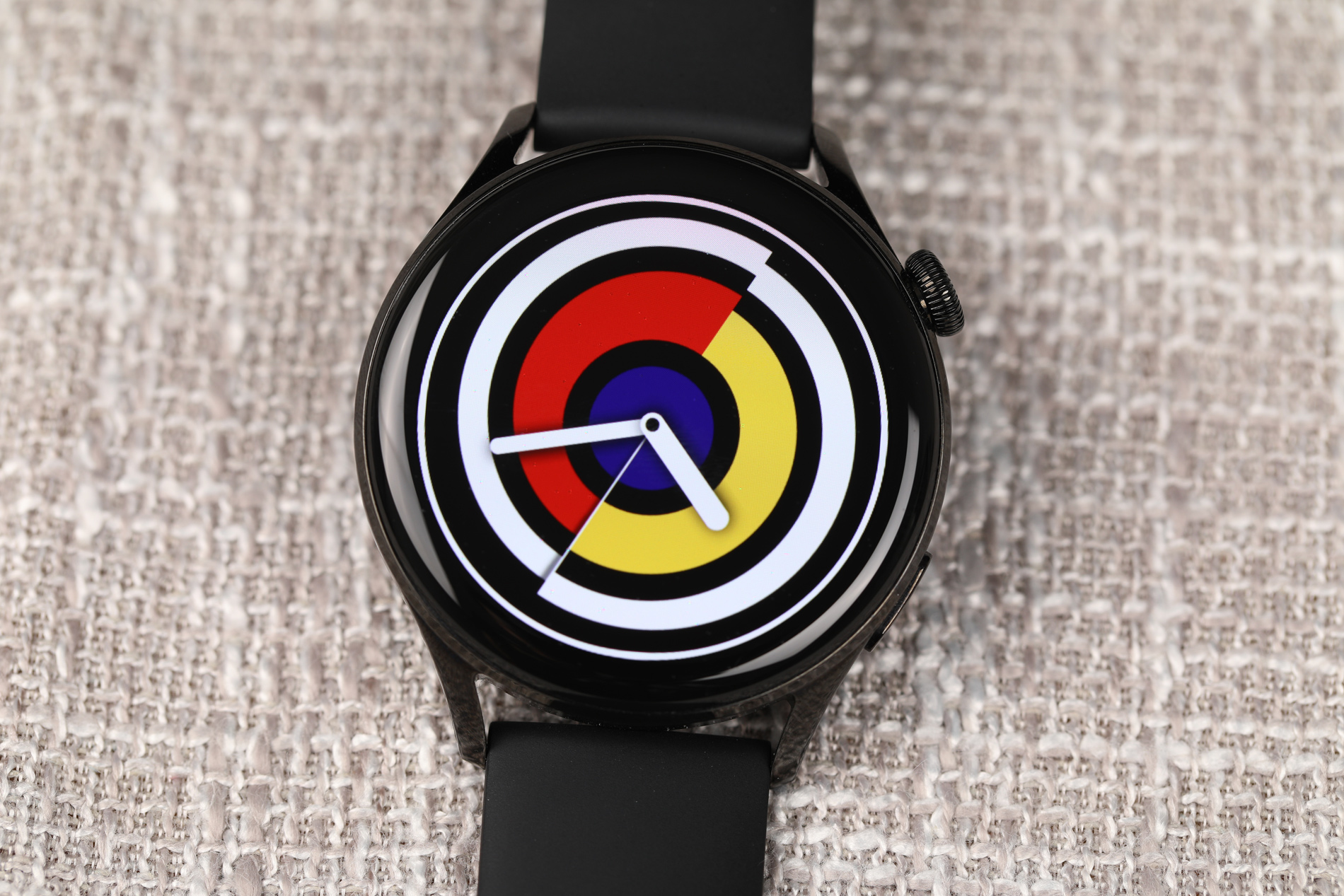 Kung Fu is an important element of traditional Chinese culture, emphasising the harmony between strength and gentleness both on the inside and out. It has a strong reputation but also has a profound connotation which contains the insights about life and the universe. The Kungfu watch face uses Kung Fu movements to indicate the time when the hands and feet are transformed into the hour and minute hands, showing the time through traditional Kung Fu style. 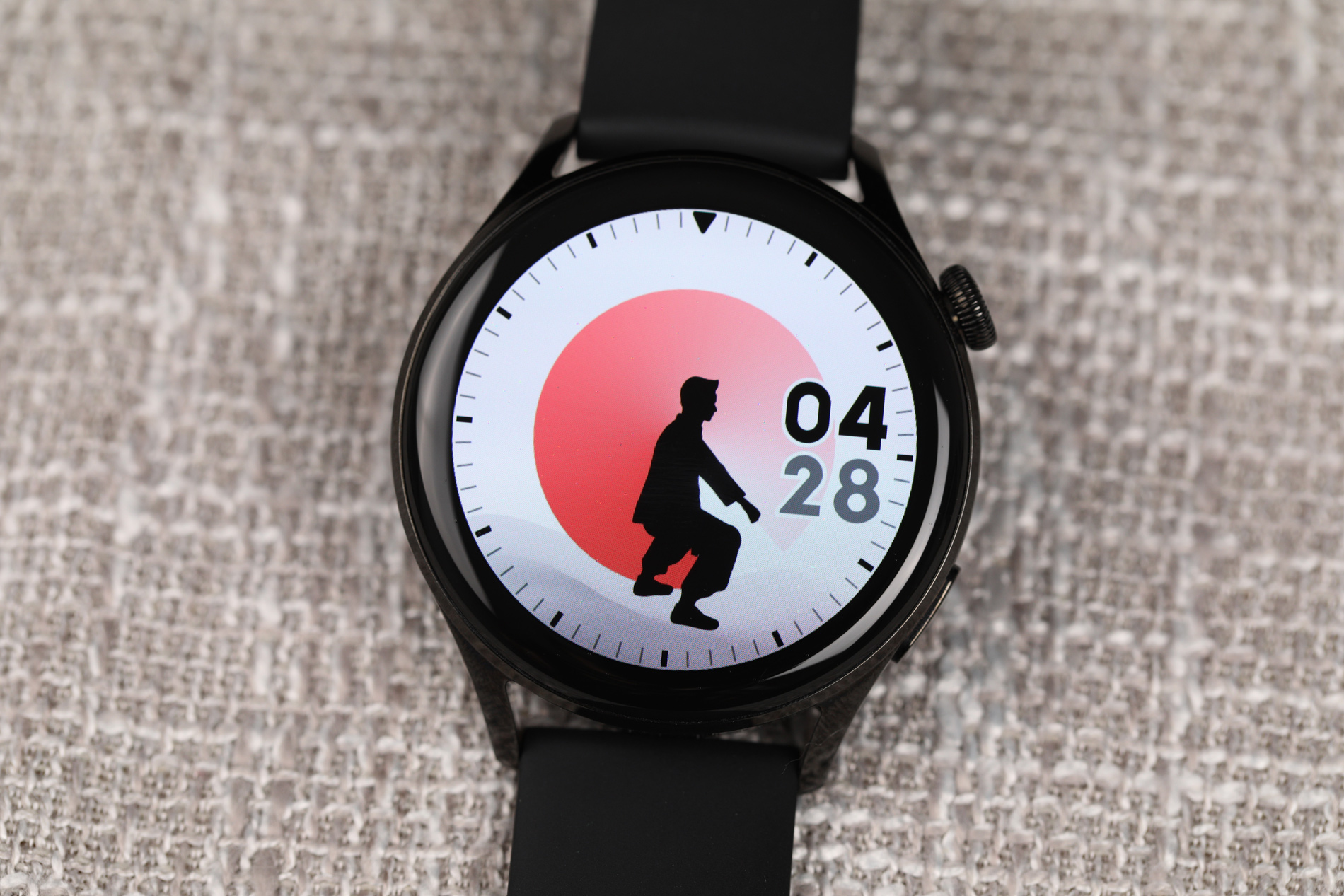 The Beijing Olympic medals incorporated a distinctive band of jade which symbolised the traditional Chinese culture and appreciation to the athletes. The HUAWEI WATCH 3 watch face designers referred to the medal design and developed the Jade. When users turn their wrists, the reflections of gold and jade will rotate on the watch, which perfectly combines the vividness of gold with the nobleness of jade. 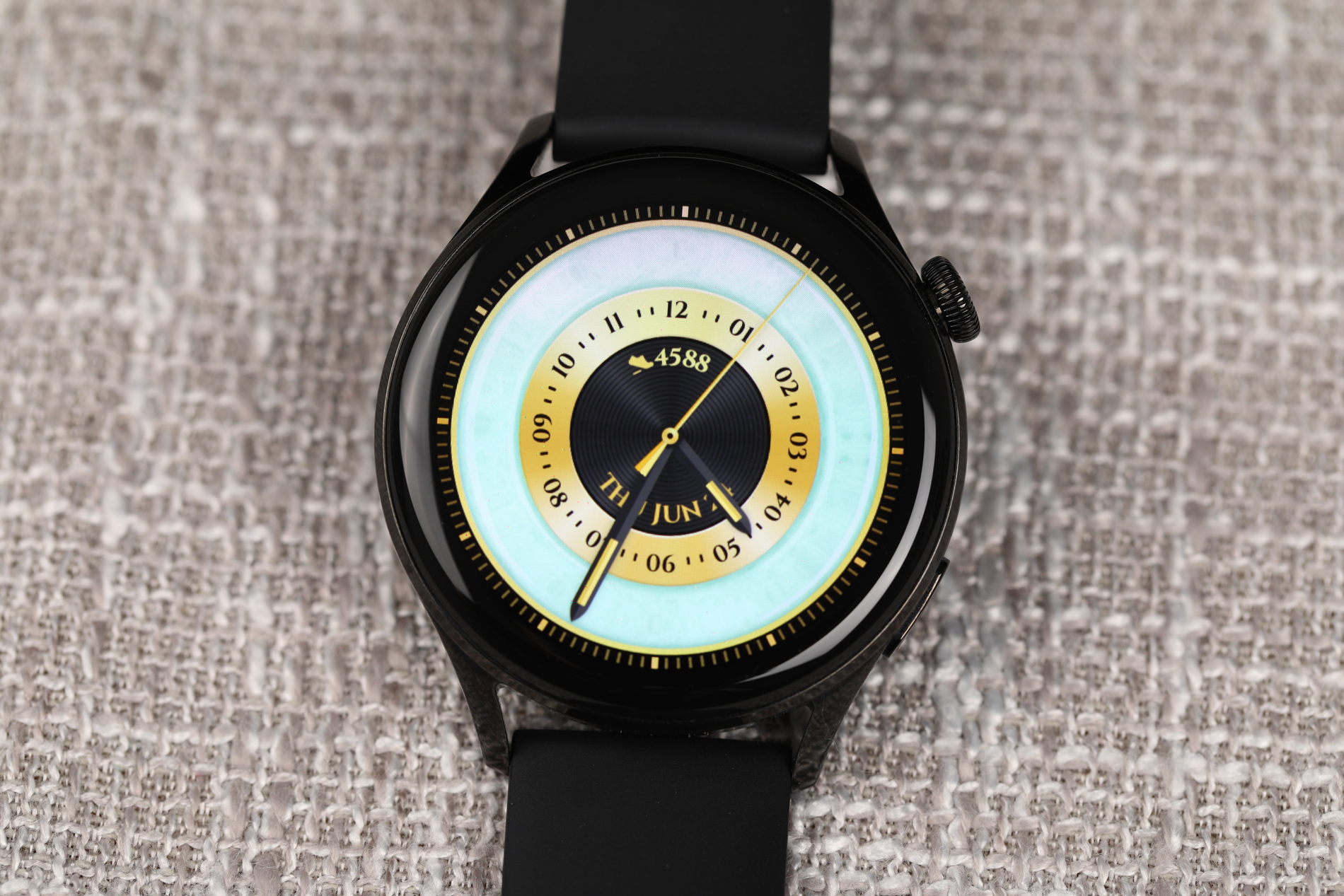 The Terraces watch face’s flowing background changes according to the environmental temperature, integrating with the surroundings. 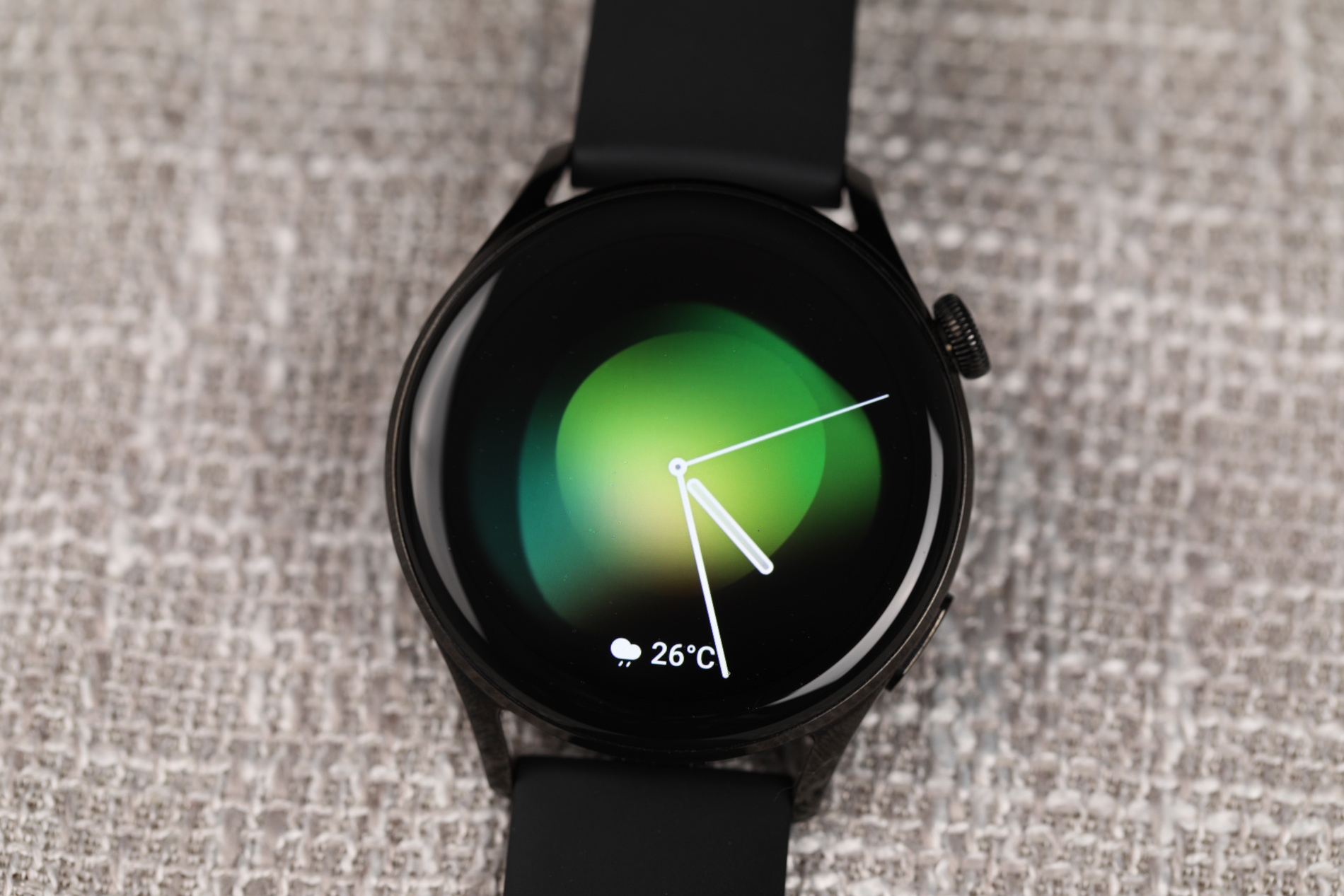 The Mystical Journey watch face dial progresses layer by layer, from the inside out. The bold colour co-ordination of red and green is distinctive, and the layout of Arabic numerals and compasses deliver a classic yet exotic design, with clear and concise data display. 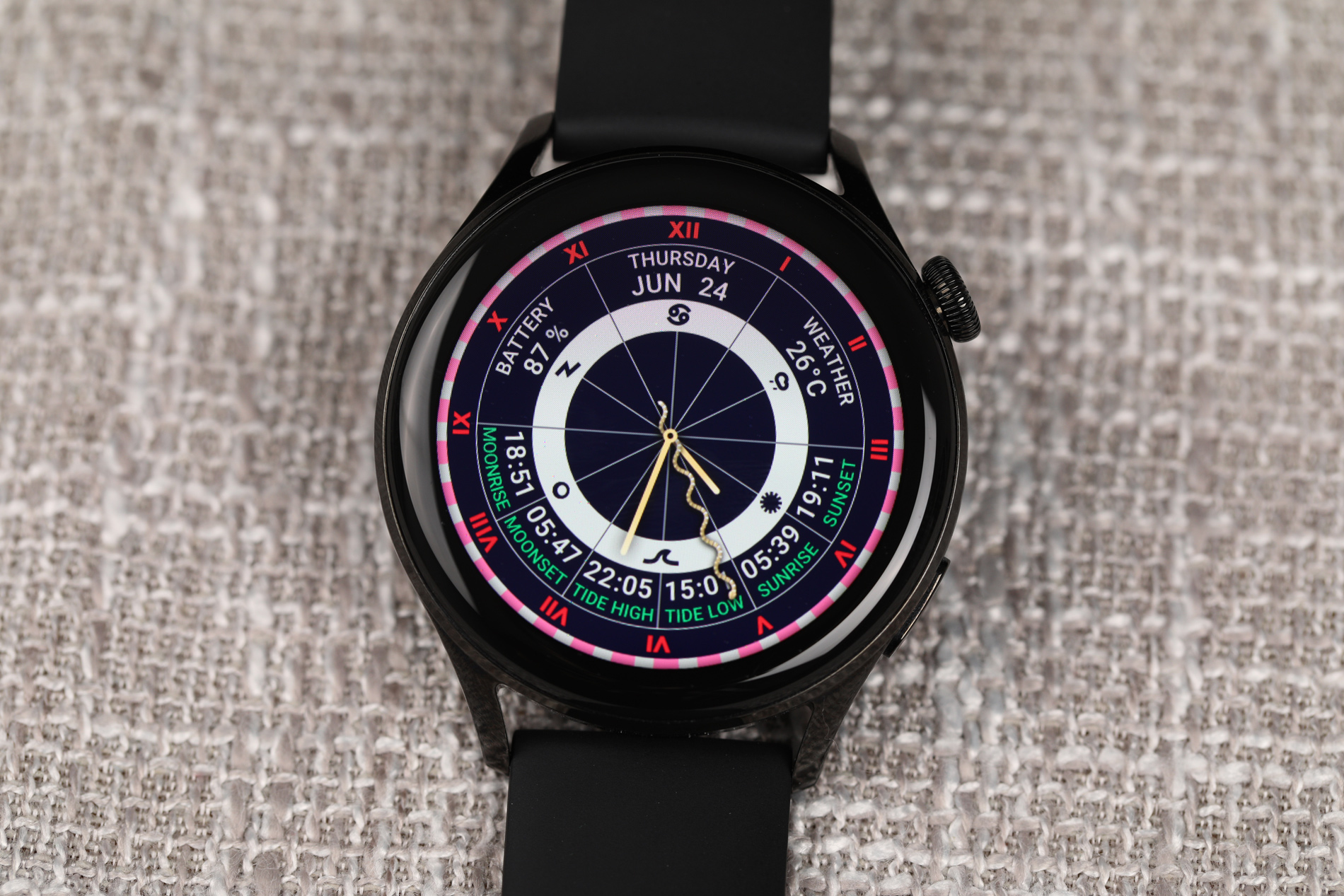 HUAWEI WATCH 3 Series offers users the freedom to design their watch faces using DIY watch face. The DIY video watch face allows users to set their favourite photo or video as the watch face. Whether it’s a slow-motion video or time-lapse, standard video or game recording, users are able to set it as their personalised watch face. In addition, users can configure shortcuts on the watch face how they like, for example, they can set frequently used applications as watch face controls, so users can raise their wrist to see the content they care about, and click on the icon to jump directly to the application. The Griddy watch face supports customising up to four modules, and the information can be viewed on the watch face to meet the needs of various scenarios. Also, the Cards watch face can be easily customised with a variety of features, such as the weather information that day and the past 5 hours, play user’s favourite music, reminders of recent schedules, and even voice assistant. 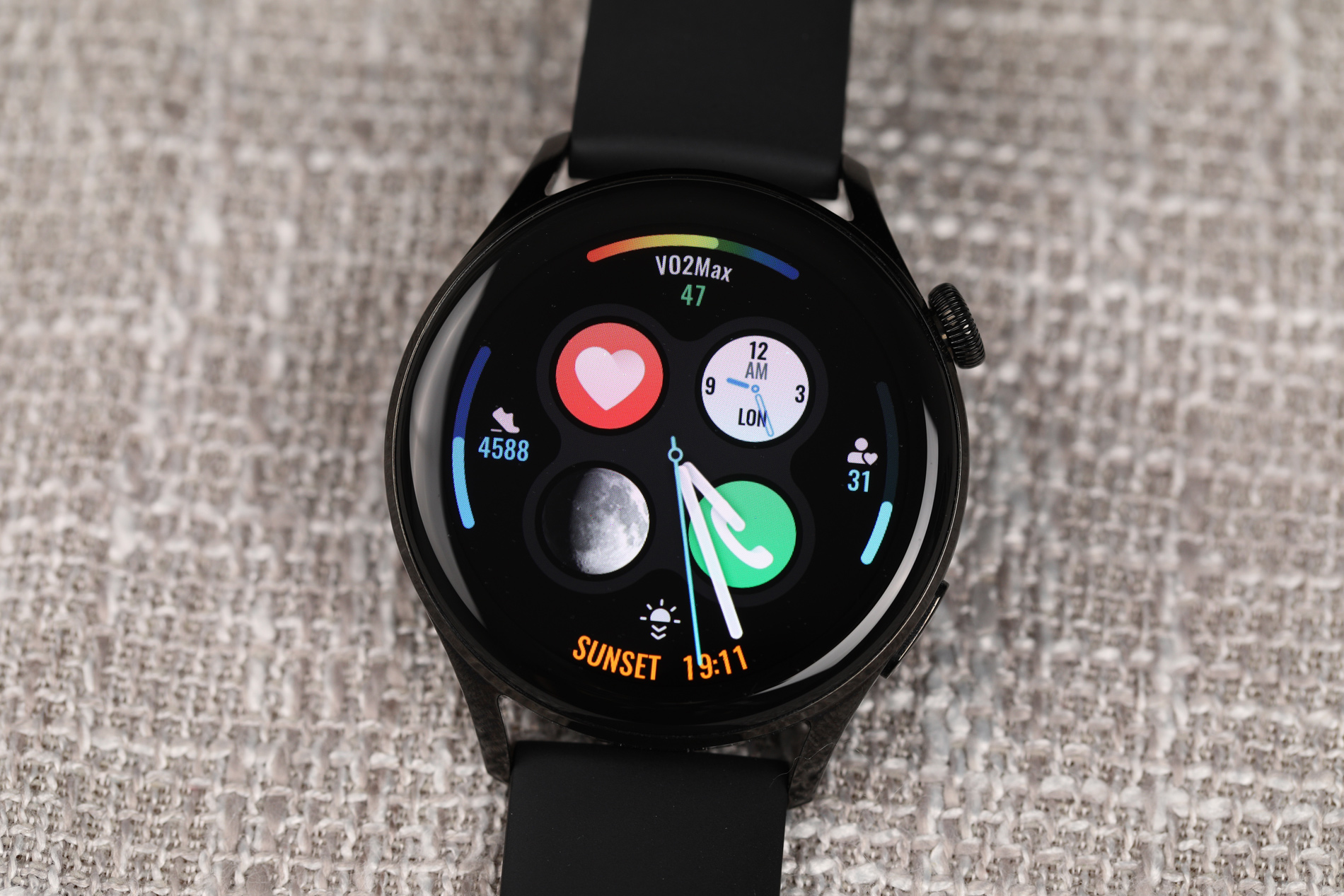 Mountains is an animated watch face that displays the names and altitudes of well-known mountains on various continents, such as Mount McKinley, Mount Everest and Mount Kilimanjaro randomly. Moreover, the watch face can present the animation effect of the cloud and mist, and the angle of the mountain will change according to the wrist movement. 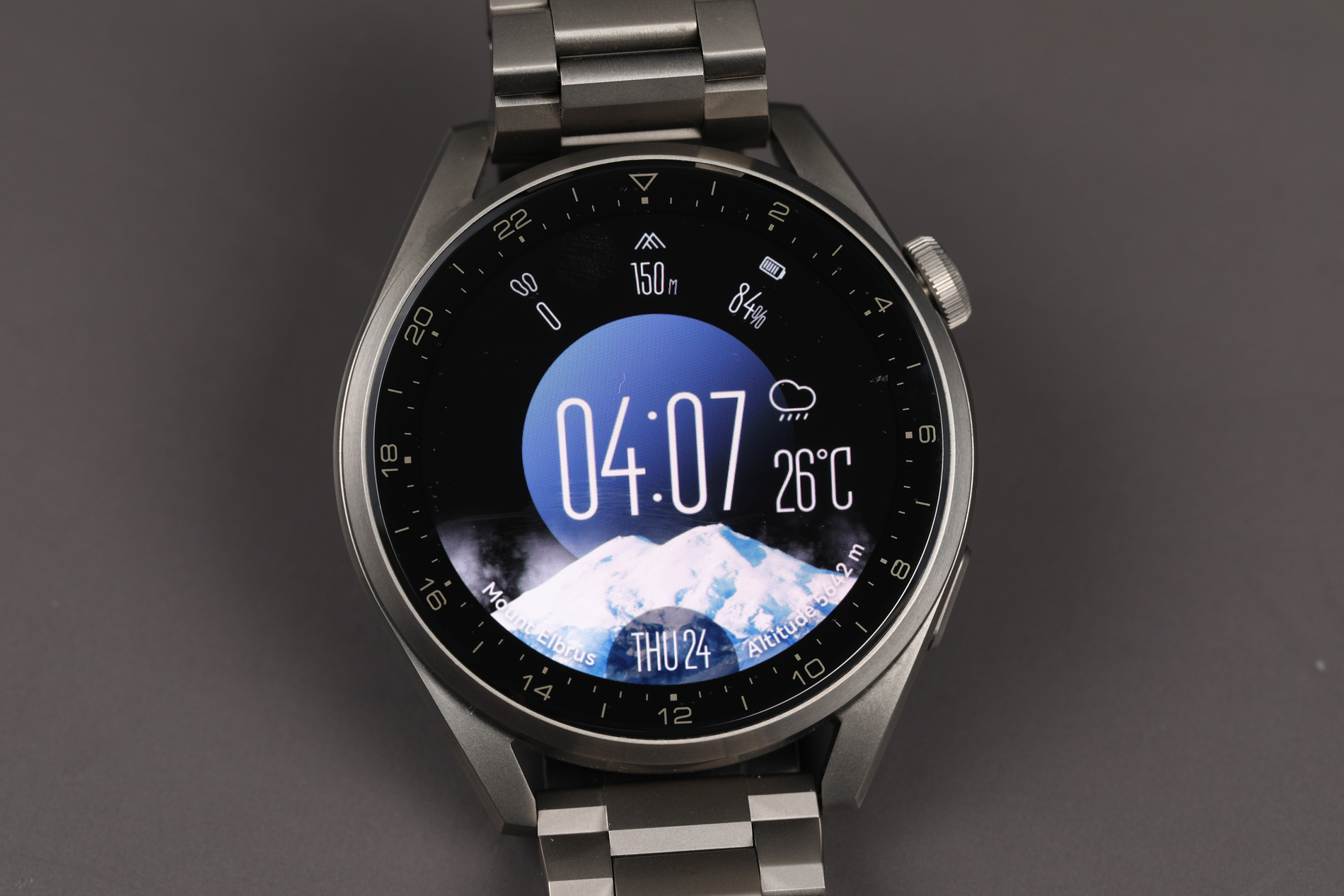 Time flies and the stars change. The NightSky watch face integrates 88 mysterious constellations into the galaxy, and then sets them as the smartwatch display. By swiping the display, users can click and view the information on the constellations, allowing users to explore the galaxy from their wrists. 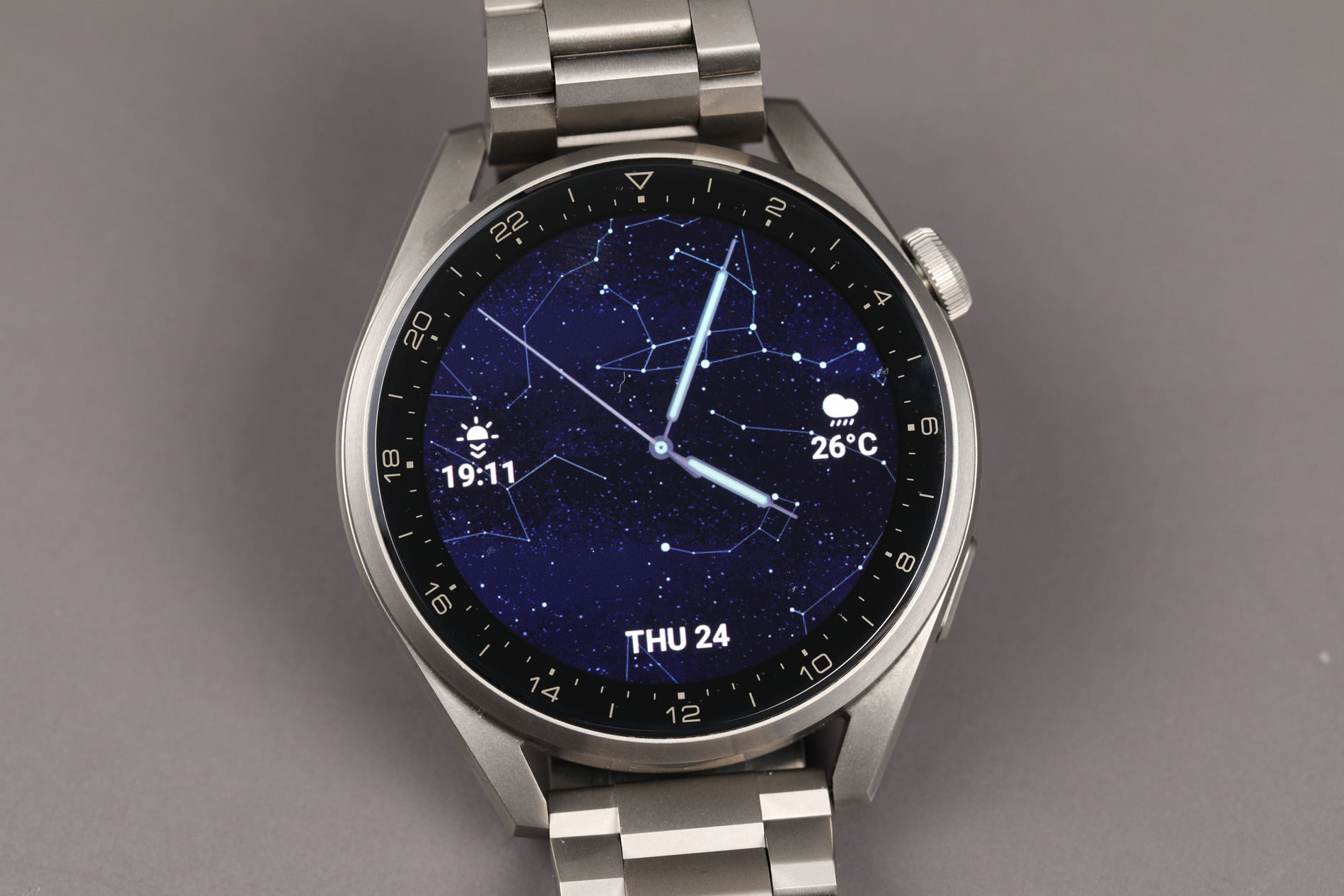 The Speedster watch face uses black and grey as the main colour with metallic lines and grid background embellishment, giving a sense of progress and speed. 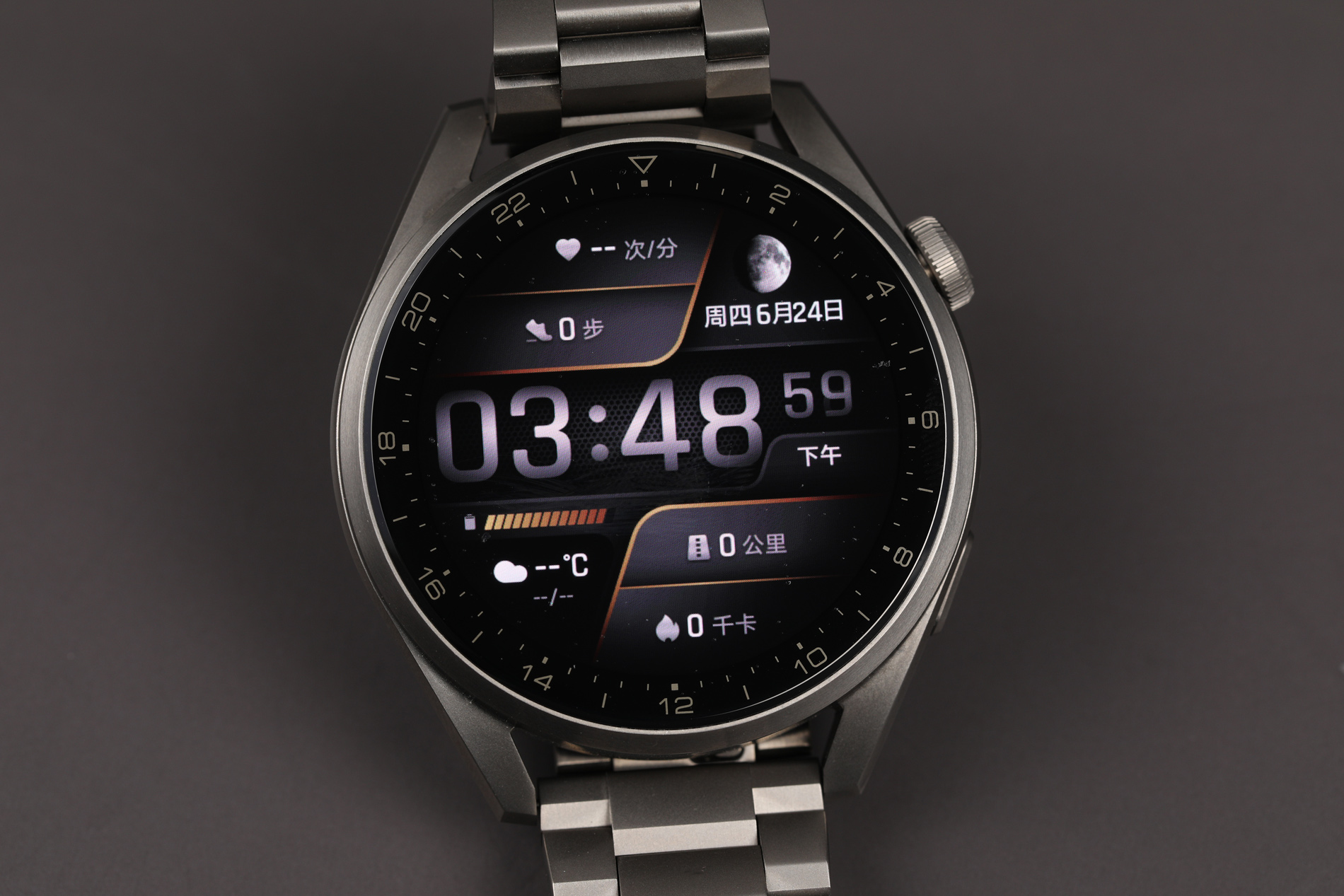 Meanwhile, the Golden watch face uses gold as the main colour, combined with delicate serif text to bring a premium and aesthetic design. The Comp watch face adopts colour gradation to show the effect of different colours flowing, which brings a practical but refreshing design. TimeTravel watch face emphasizes the concept of travel and the minimalist style demonstrates the freedom of city exploration. Business travellers need to fly in and out across different time zones and have meetings with partners from different time zones as well. Frequently checking local time would be a headache for them. Great news is this watch face can give them peace of mind. When users tap on the city name surrounding the watch face, the time will switch to the corresponding city, allowing users to easily know the time around the world, within the watch face. 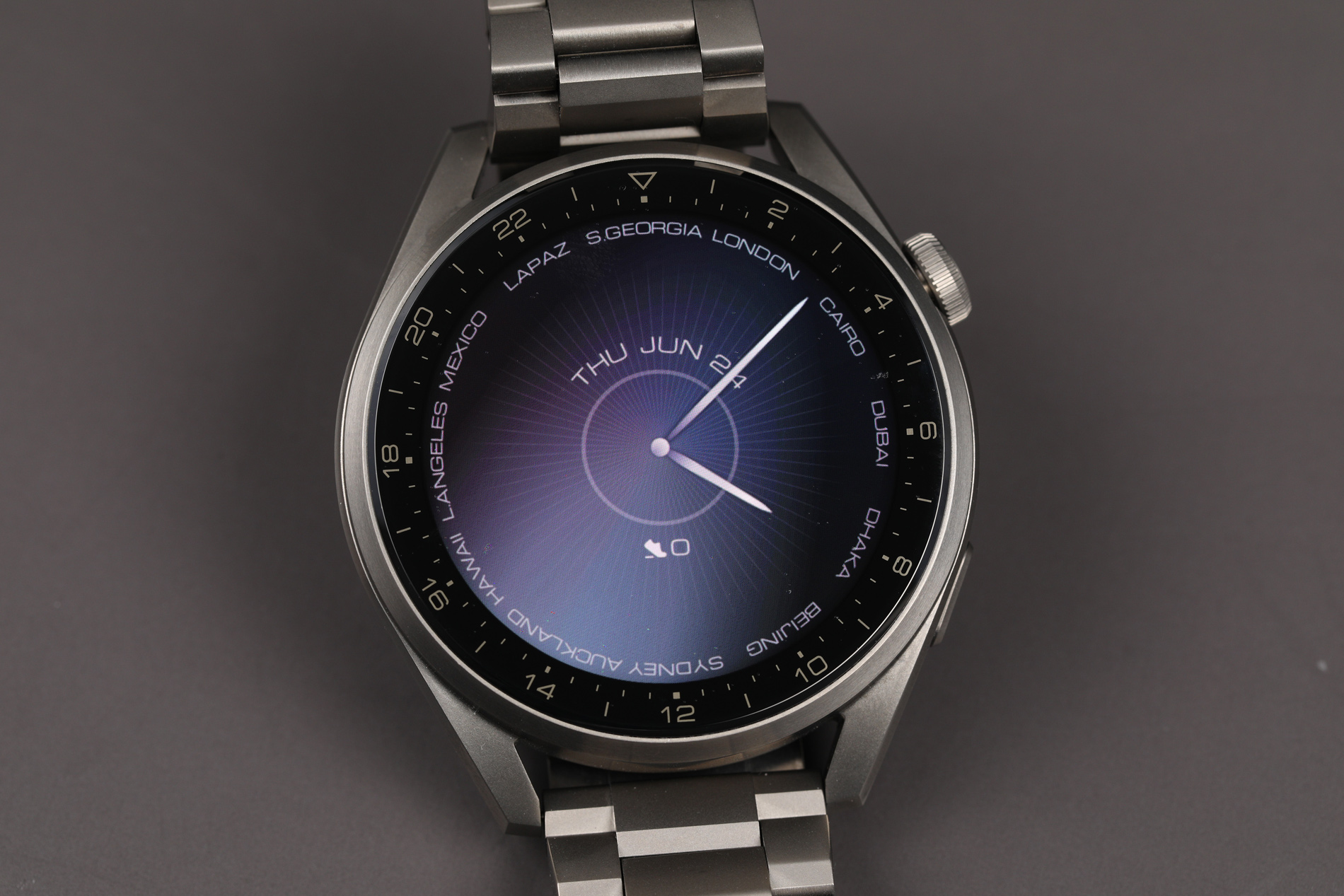 HUAWEI WATCH 3 Series focuses on both design and functionality. To achieve the convenience and long battery life, the HUAWEI WATCH 3 Series included a new always-on display, which is the same as a smartphone’s always-on display. When the screen is switched off, only the time and the monochrome outline of the watch face are displayed, excluding the animation effect and colours.

Now, let’s put on your HUAWEI WATCH 3 Series and pick your favourite design to personalise your watch!