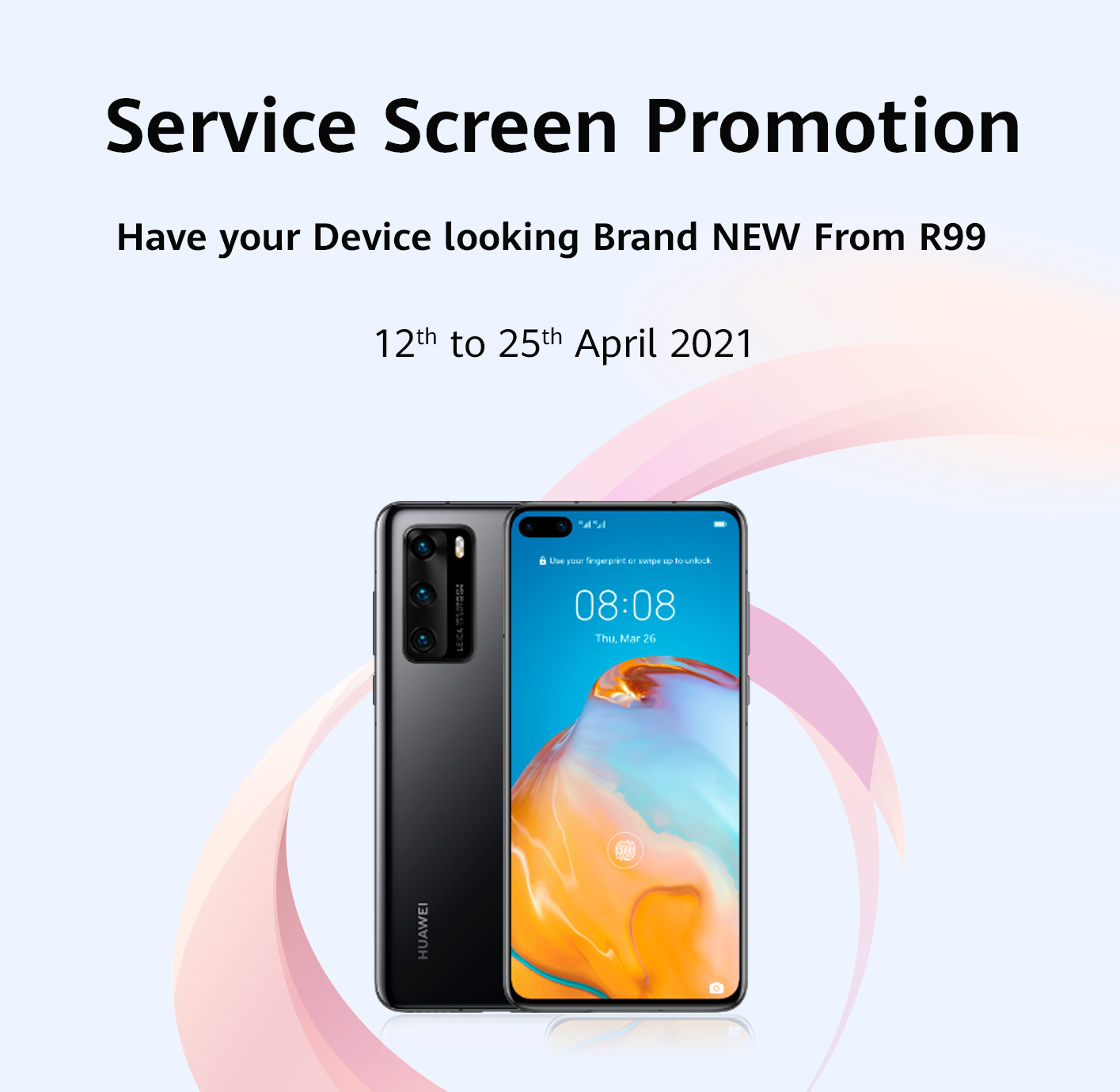 5. Huawei Customer Service Center – Somerset Mall
Shop G 231, Somerset Mall, Centenary Dr, Somerset West, Cape Town, 7130
TERMS AND CONDITIONS
1. The Promotion deals with discounts on the price of Front Screen replacements (“Promotion”) and is organized and run by Huawei Technologies South Africa (Pty) Ltd (“Huawei”), including its affiliates, partners, associates and agents (the “Organizers”). The Promotion is not open for entry by or on behalf of a legal entity. The Promotion will be executed in the Republic of South Africa.
2. By entering the Promotion, all participants agree to be bound by these terms and conditions, which will be interpreted by the Organizers and the Organizers decision regarding any issue will be final and binding and no correspondence will be entered into.
3. This Promotion will run from 12 April 2021 to 25 April 2021 both dates inclusive (the “Promotion Period”).
4. Any person that would like to take advantage of the Promotion must, during the Promotion Period:


a) Have one of the devices as listed (Collectively referred to as the “Promotion Device/s”);

b) Take the Promotion Device to one of the Huawei service stores as listed;

c) Request a replacement of the Front Screen.

5. Any person who has one of the Promotion Devices is eligible for this Promotion and will be able to pay the Promotion Price for the replacement of a Front Screen as indicated more fully at Screen Prices Query. For the sake of clarity, the price listed includes VAT and labor costs.
6. Each person (same device) can only benefit once from the Screen Promotion during the Promotion Period.
7. Any person that complies with clause 4 above will also receive an extra 90-days workmanship warranty for the replaced Front Screen above the usual warranty provided on Huawei repairs.
Contact Us